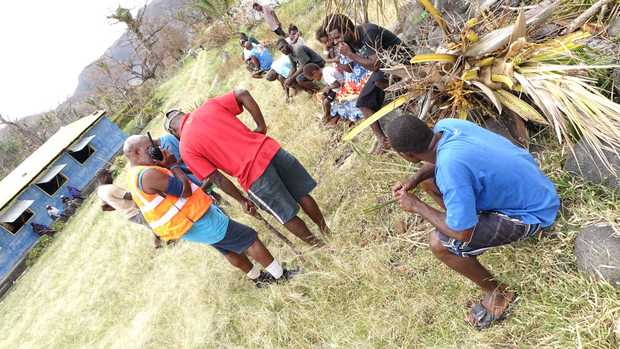 I arrived in Dillon's' s Bay on Erromango Island this morning. The village was in relatively good condition compared to other places.

However I set up an interview with the RNZ news team and Chief Jason Mete.

He told me it was his first contact with the outside world since Cyclone Pam hit two weeks ago. 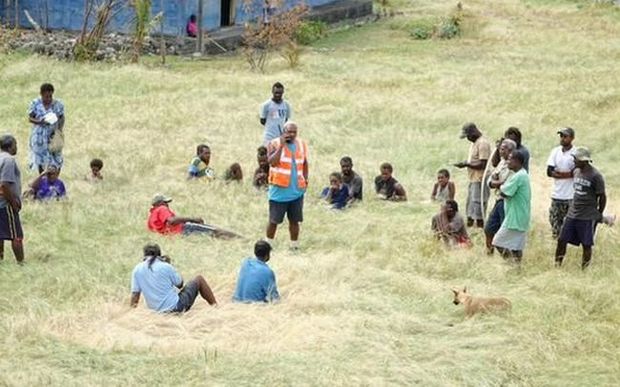 Hello out there - the first direct communication drew the community together. Photo: Koroi Hawkins RNZI

A lot of people gathered to watch and listen to the chief talking on the phone.

Before leaving yesterday morning I learned that the villagers were desperate for food and shelter relief.

I rang NDMO and they said a boat bound for Erromango was due in today.

I hope they are telling the truth. These people, though friendly, are at their wits end. 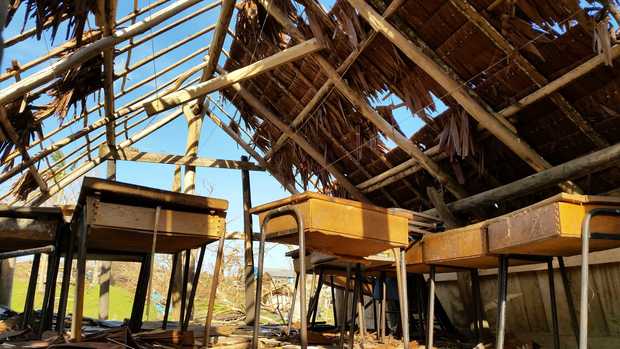 Vanuatu struggling to get children back to school

This week the Vanuatu government is urging schools to start classes again soon.

But everywhere I go I am confronted again and again by schools that are either damaged, destroyed or smashed to smithereens.

One lady I spoke to on Erromango had this to say:

How can children go and sit in an empty space, their schools have been damaged. What if it rains? Will they just sit their in the rain? We cannot just sit here and pretend everything is okay, it is not okay. We need help, urgently." 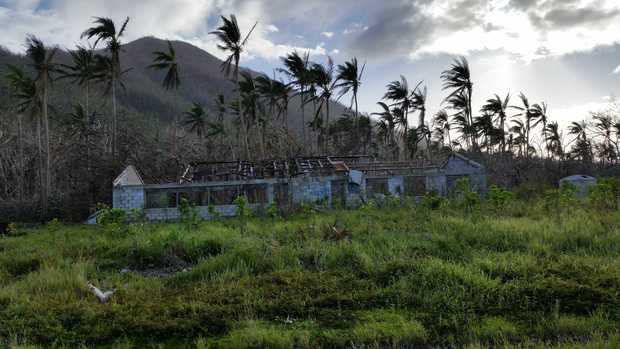 Shell-shock - Cyclone Pam didn't leave much on the roof of this school on Erromango Island. Photo: RNZ / Koroi Hawkins 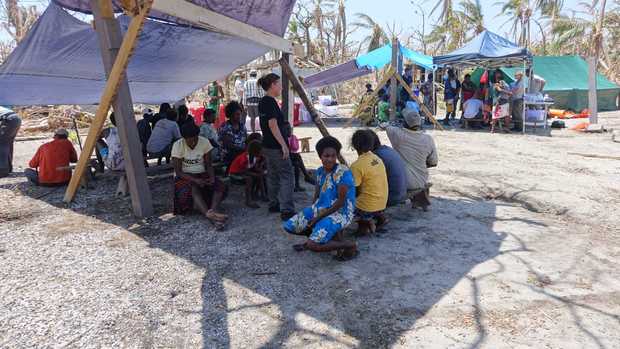 A week ago I posted images of a torn and ravaged Mataso village in the Shepherd Islands.

At the time the boat I was on had limited resources and one doctor. It was a sad and sorry visit with nothing more than encouragement and a little bit of water to offer.

Five days later I was fortunate enough to return with a second well-resourced boat and greet the same people but this time with a lot more water, a full medical team and Rebuild Kits and a whole lot more encouragement. 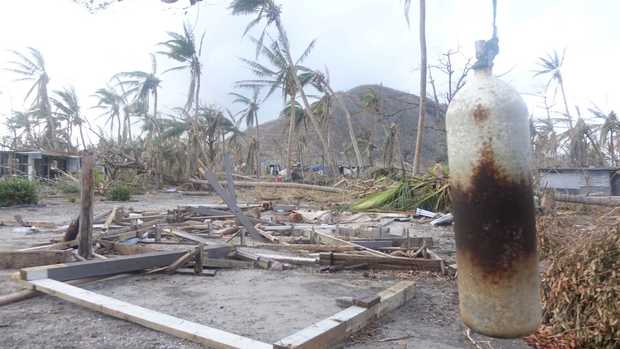 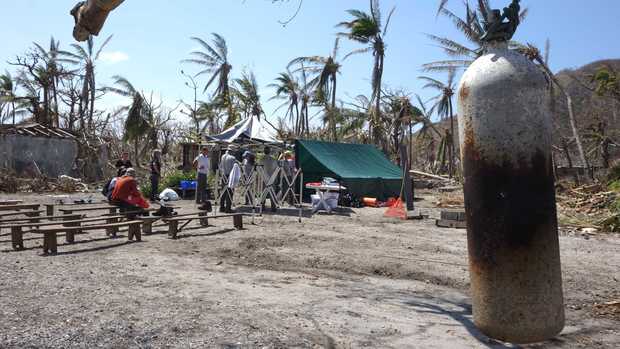 Image 1 is of a church bell, all that was left of a cyclone-damaged church. A later photo below it of the same area shows it cleared away in preparation for a small emergency clinic.

Follow Koroi Hawkins' tweets as he travels in Vanuatu