UNICEF says children, especially in the hardest-to-reach islands in Vanuatu, are in serious danger as access to safe water remains critical, and there is significant risk of disease due to flooding and lack of medical care.

UNICEF says two thirds of children in Vanuatu have been affected by Cyclone Pam and require immediate help.

A spokesperson, Alice Clements, said UNICEF is on track to immunise 10,000 children against measles, provide Vitamin A supplements and de-worming tablets.

But she insisted more aid is needed to provide support to newborn babies and pregnant women, to get children back into school and ensure clean water and sanitation.

"Newborn children are very vulnerable around this time. I've met far too many beautiful new babies in the last few weeks whose mothers are under extreme stress and doing the best to look after their children in a situation where there is no water, no shelter and no food."

UNICEF is seeking another 4.8 million US dollars to support the vulnerable

It has revised its Cyclone Pam humanitarian appeal, saying 4.8 million US dollars is required to meet the immediate needs of children affected by the disaster across the Pacific.

Its Pacific Representative Karen Allen said children, especially in the hardest-to-reach islands in Vanuatu, were in serious danger. 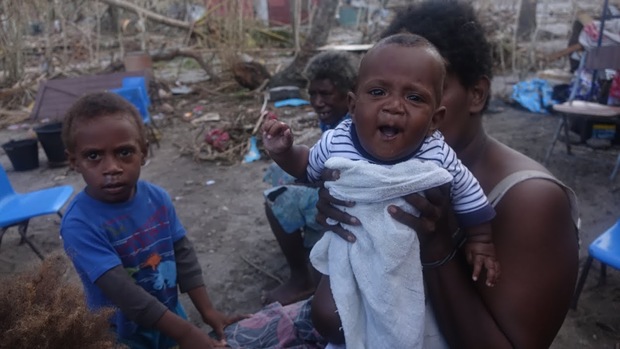 Ms Allen said life-saving supplies are getting through but more funds are required to reach more children.

Meanwhile, a resident on the remote Vanuatu island of Erromango said it was ridiculous for the government to be calling children back to school without doing proper assessments of the classrooms.

The Vanuatu government has said children are due to return to school on Monday.

Helen Naupa of Williams Bay says a government team only arrived yesterday to assess the damage to classrooms, which was after the government made the decision to call children back to school.

"The assessments should have been done earlier. Before they can give out the instructions that they should go back to school. How are the children going to go and sit in the open space? The damage, the school has been damaged. And they can't be going there and sitting there, and if it's raining, they can't be sitting outside and pretending that everything is okay. It's not okay. We need help. Urgently."

The United Nations says Vanuatu is in critical need of more aid to ensure people have access to shelter, clean water and food over the next three months.

166,000 people have been identified by the UN as being in urgent need of life-saving assistance.

The UN's humanitarian coordinator in Vanuatu, Oznat Lubrani, said while the focus was on what was immediately needed, longer term recovery was also being considered.

"We think that there needs to be an effort to rebuild and even strengthen systems and regenerate opportunities for livelihoods so that in the next 12 months or so there can be gradual recovery."

Food and supplies are running low on Erromango

Food and supplies could run out by the end of this week on the remote Vanuatu island of Erromango.

The Williams Bay village was in the direct path of cyclone Pam almost two weeks ago, but they have had no contact with any aid agencies or the government about help.

The chief, Jason Mete, said all its crops were destroyed and his village was desperate for communication with the Vanuatu Government.

"There is no communication, so we are just wondering every morning when a boat comes, will we have to wait at the beach for relief to be delivered to our people?

The Volunteer Service Abroad organisation says the Vanuatu farming community needs to get back on its feet as soon as possible. 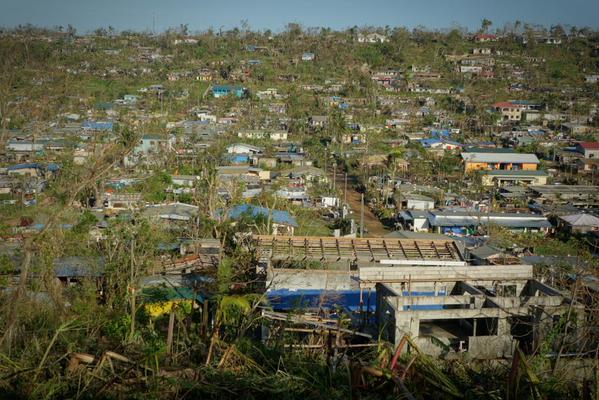 There are 20 volunteers in Vanuatu from the New Zealand organisation, who have been there since before Cyclone Pam.

The programme manager for Vanuatu, Andrew Johnston, says with relief aid being sent to the islands, the focus should shift to the long term hunger problem.

"The country is going to need to get back on track at some stage, and some of our works aids we work with, the farm support association, if they don't start getting their farmers back up and running soon, people are going to be hungry a lot longer than just this time."

Andrew Johnston says volunteers will help to get the farming industry underway as soon as possible as tourism and agriculture are the two largest contributors to the economy.

The shipment consists of food and water donated by the public last week.

The goods will be carried to Port Vila on board the freighter Southern Trader.

The government says two hangars are full of boxes with donated clothing that are expected to sent at the end of the month.

At the weekend, a planned Air Tahiti Nui relief flight was cancelled in favour of sending the goods by boat. 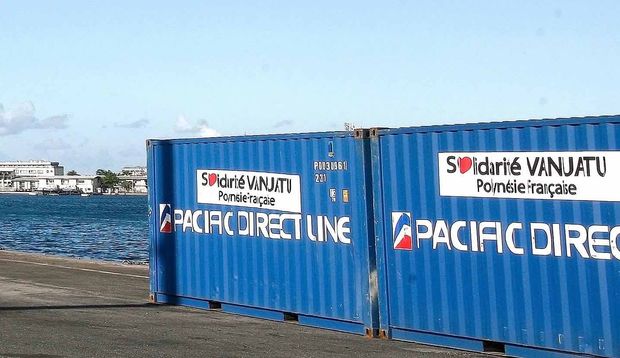 The Vanuatu government is appealing for almost 30 million US dollars to help it deal with the aftermath of Cyclone Pam over the next three months.

The Flash Appeal is seeking donations to ensure initial aid support like water, food, shelter and healthcare is sustained until the 24th of June.

The United Nations says about 75,000 people are in need of shelter and 110,000 people do not have access to safe drinking water. 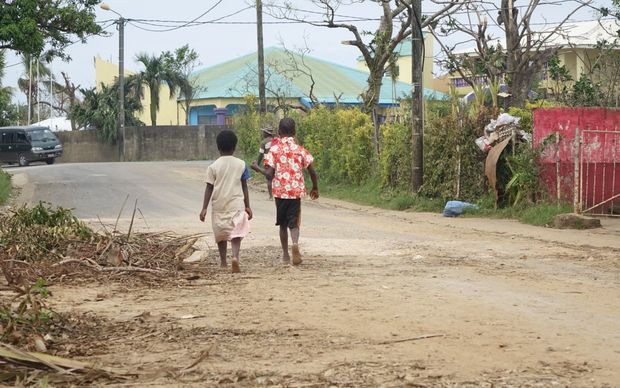 The government has identified ten sectors on which to focus for the next three months.

Vanuatu authorities have called on NGOs to ensure their cyclone aid is funnelled through official channels.

The Director for Local Government Authorities, Cherol Ala, says there's a communication chain from the National Disaster Management Office, through the Provincial Administration and the Area Council down to the Disaster Committees in each village.

She says she is concerned that NGOs may send relief supplies to the wrong people and places. 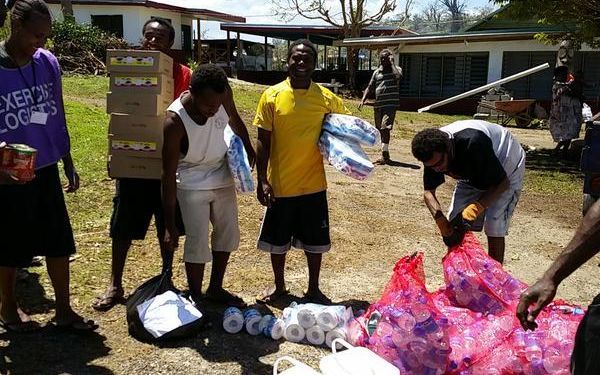 Ms Ala says the Secretary General of the Provincial Administration is the communication point at that level.

She says food distribution has started on Efate Island which was badly hit by the category five cyclone.