An Egyptian court has sentenced the Muslim Brotherhood's top leader, Mohamed Badie, to life in prison, along with 13 other leading figures. 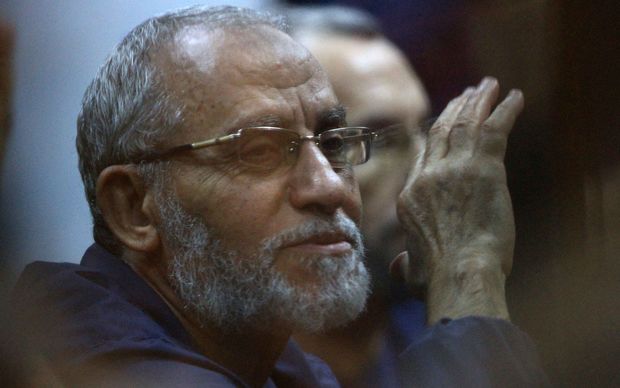 Thousands of people linked to the Brotherhood have been jailed since the army removed President Mohamed Mursi from power in July 2013 after mass protest against his rule.

Four lower-level members of the Brotherhood have been sentenced to death for inciting violence that led to the killing of protesters demonstrating outside a Brotherhood office in June 2013, days before Mr Mursi was ousted.

The death sentences are subject to appeal and many of the defendants are already serving lengthy sentences on other charges.

Once the top leader of the now-outlawed Muslim Brotherhood, Badie has already been sentenced to multiple life terms, and was one of hundreds given the death sentence in a mass trial that drew international criticism of Egypt's judicial system.

The movement says it is committed to peaceful activism.