An outspoken critic of President Vladimir Putin has been shot dead on a Moscow street. 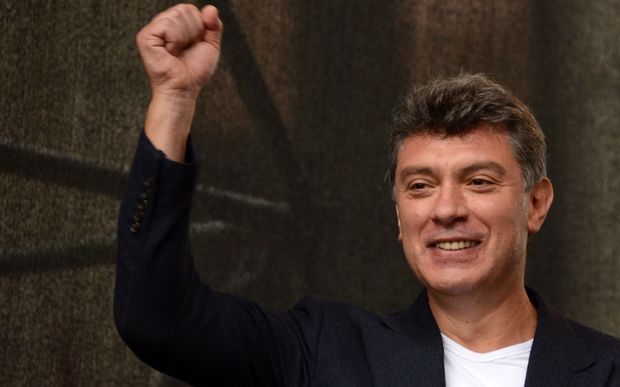 Boris Nemtsov, a former deputy prime minister, had been due to take part on Monday in the first big opposition protest in months in the Russian capital.

An unidentified attacker in a car shot Mr Nemtsov four times in the back, not far from the Kremlin in the centre of Moscow.

In a recent interview, Mr Nemtsov had said he feared Mr Putin would have him killed because of his opposition to the war in Ukraine.

He had earned a reputation as an economic reformer while governor of one of Russia's biggest cities, Nizhny Novgorod.

He was shot with a pistol from a white car which fled the scene, a police source told Russia's Interfax news agency.

According to Russian-language news website Meduza, "several people" had got out of a car and shot him.

One of the politician's colleagues in his RPR-Parnassus party, Ilya Yashin, confirmed Mr Nemtsov's death.

"Unfortunately I can see the corpse of Boris Nemtsov in front of me now," he was quoted as saying by Russia's lenta.ru news website.

In his last tweet, Mr Nemtsov sent out an appeal for Russia's divided opposition to unite at an anti-war march he was planning for Sunday.

Speaking earlier this month to Russia's Sobesednik news website, he had spoken of his fears for his own life.

"I'm afraid Putin will kill me," he said in the article on 10 February (in Russian).

"I believe that he was the one who unleashed the war in the Ukraine," he said. "I couldn't dislike him more."

Mr Putin has been widely accused of fomenting the bloody rebellion in east Ukraine - an accusation he denies.

Almost 5,800 people have died and at least 1.25 million have fled their homes, according to the UN.

The Ukrainian government, Western leaders and Nato say there is clear evidence that Russia is helping the rebels with heavy weapons and soldiers.

Independent experts echo that accusation while Moscow denies it, insisting that any Russians serving with the rebels are "volunteers".