Ukraine's president has commanded his country's troops to stop fighting just as a ceasefire agreed with pro-Russian rebels was due take effect. 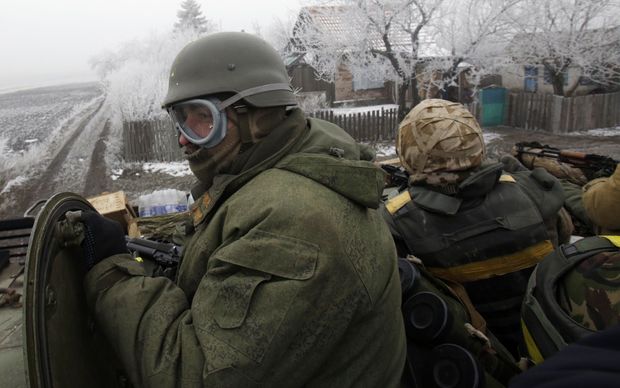 Reports from eastern Ukraine said at least some of the fighting died down after midnight local time.

That was the moment Ukraine and rebels had agreed to cease fire under an agreement signed this week in Minsk.

Rebel leaders in the eastern Donetsk and Luhansk regions had also ordered their forces to cease fire earlier on Saturday, though fighting raged near Debaltseve just hours before the truce was due to kick in.

Ukraine and the West accuse Russia of sending troops and weapons to help the separatists in Ukraine's Donetsk and Luhansk regions - a claim the Kremlin vehemently denies.

In a national broadcast from the military headquarters in Kiev, President Poroshenko ordered the commander of what Ukraine describes as an "anti-terror operation" to observe the ceasefire.

He stressed that Ukraine had always fulfilled it international obligations and "would prove it this time".