Japan's prime minister Shinzo Abe has described a video released by Islamic state demanding a ransom for the release of two Japanese hostages as unforgivable.

A video purportedly from the jihadist group shows a militant threatening to kill two hostages if Tokyo did not pay a $US200 million ransom within 72 hours. 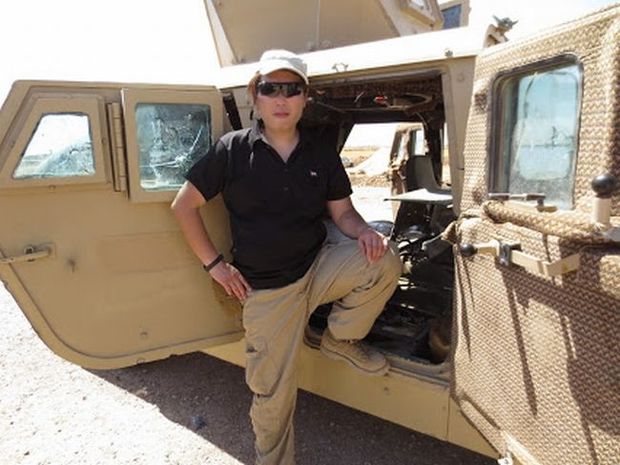 An image of Haruna Yukawa from his Google account. Photo: Google

It named the two men as Kenji Goto, a well-known freelance journalist, and Haruna Yukawa, who reportedly went to Syria to set up a private military contracting company.

In the video, which has not been independently verified, a masked man said the ransom demand was to compensate for non-military aid Mr Abe pledged on Saturday to countries affected by the militant group's bloody expansion in Iraq and Syria. 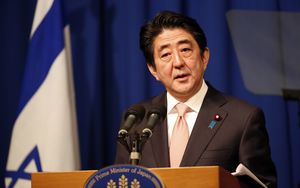 "Making threats by taking people hostage is an unforgivable terrorist act about which I feel strong anger," Mr Abe told reporters at a news conference in Jerusalem.

"The international community will not give in to any form of terrorism and we have to make sure that we work together."

He said Japan's pledge of aid would not be affected.

"This $US200 million package for refugees and displaced persons is absolutely necessary (for them)... in order to survive," he said.

"This position is unshakable, it is not to be changed," he said, stressing that the money was to help those made homeless by the conflict in Iraq and Syria.

Hostages have become a key propaganda tool for Islamic State. The militant group has seized large swathes of territory in eastern Syria and across northern and western Iraq.

Its brutal tactics - including mass killings and the beheadings of soldiers, journalists and other captives - have sparked international outrage and prompted military intervention by a US-led coalition.