The Government will make a decision in the next month or so about whether to send training forces to Iraq, Prime Minister John Key says. 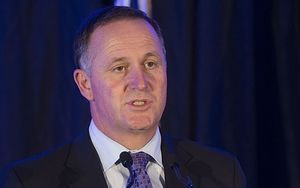 Mr Key has met British Prime Minister David Cameron and opposition leader Ed Miliband during a trip to London where they discussed a range of matters including the fight against Islamic State.

The prime minister said New Zealand was not asked to do more, but the government was continuing to assess whether to get involved in Iraq.

"We are going through that process of doing the [reconnaissance] to see whether it's logical for New Zealand to take the next step, whether we should do that with Australia, whether we can find a location that fits the criteria that I set in my national security speech late last year.

"My guess is that by the middle of February or late February we'll be in a better position to assess whether we are actually going to put people into Iraq to train Iraqi forces."

Mr Key is now travelling to Davos in Switzerland for this year's World Economic Forum.

He said it would be an opportunity for political and business leaders to discuss a range of matters.