Britain and the US are to share expertise on preventing radicalism and tackling domestic "violent extremism".

Prime Minister David Cameron announced the move following talks with President Barack Obama at the White House, warning that they both faced a "poisonous and fanatical ideology". 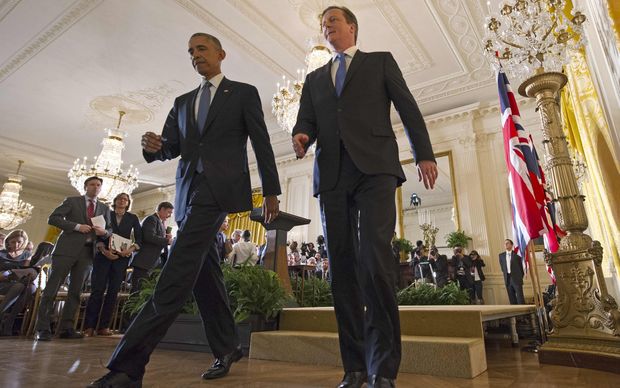 The taskforce will report back to the two leaders within six months, the BBC reported.

Mr Cameron is on a two-day visit to Washington for talks with President Obama, likely to be his final Washington visit before the UK general election in May.

At a press conference in the White House, Mr Obama hailed Mr Cameron as a "great friend" while the British prime minister said the US was a "kindred spirit".

The talks between the two leaders came a week after the deadly terrorist attacks in Paris which killed 17 people.

Concerns over additional attacks by Islamic extremists intensified on Thursday, after two people were killed during a targeted anti-terror raid by police in Belgium, to pre-empt what officials there called a major impending attack.

UK police have said there is "heightened concern" about the risk to the UK's Jewish communities in the wake of last week's attacks and are considering stepping up patrols in certain areas.

At a press conference in the White House, Mr Cameron said it was a "sensible, precautionary" measure to take to "reassure those communities".

Mr Cameron said: "We face a poisonous and fanatical ideology that wants to pervert one of the world's major religions, Islam, and create conflict, terror and death.

"With our allies we will confront it wherever it appears."

President Obama said the US, UK and its allies were "working seamlessly to prevent attacks and defeat these terrorist networks".

Asked whether an attack was "imminent" in Britain, Mr Cameron said the terror threat level, set independently by the Joint Terrorism Assessment Centre, was currently at "severe" - meaning an attack is "highly likely".

He warned that the fight against terrorism "is going to be a long, patient and hard struggle" but added that he was "quite convinced we will overcome it" due to the strength of the West's values.

However, he stressed that "everyone" had a role to play in keeping communities safe, warning: "You cannot simply rely on policing and security."

As the press conference took place, it emerged that counter-terrorism officers have arrested an 18-year-old woman at Stansted Airport on suspicion of terrorism offences.

The prime minister also announced that the UK would send an additional 1,000 troops to take part in NATO military exercises in the Baltic states and eastern Europe amid heightened tensions in the region following Russia's conflict with Ukraine.

Commenting on the announcement, UK Defence Secretary Michael Fallon said the extra troops would provide "additional reassurance" and underlined the UK's commitment to its allies.

Before the talks at the White House, which lasted just over an hour, it was announced that the UK and US are to carry out "war game" cyber attacks on each other as part of a new joint defence against online criminals.