Two brothers have become the first Britons to be sent to prison for conspiring to attend a training camp for militant fighters in Syria. 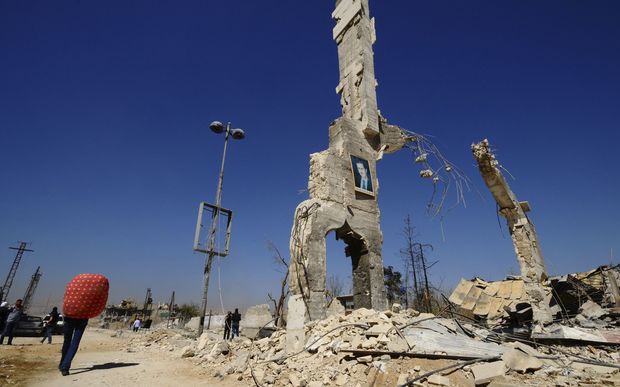 Mohommod Nawaz, 30, and Hamza Nawaz, 24, both from Stratford, east London, were sentenced to four-and-a-half years and three years respectively, the BBC reported.

They had admitted conspiracy to attend a terrorism training camp in 2013.

They were arrested on their return to Dover, with bullets and pictures of their training among their possessions.

Judge Christopher Moss QC said the men's "focus" was the regime in Syria rather than attacks in the UK and there was no evidence either man had taken part in fighting.

However, the judge added: "It is clear from the evidence from mobile phones that you both had been in a camp in Syria used for terrorist training.

"The evidence shows you were there for jihad, or holy war, and wanted to join an extremist group."

Immigration and Security Minister James Brokenshire said the sentences sent a "clear message that people who commit, plan and support acts of terror abroad will face justice when they come back to the UK".

The minister also pointed to the country's Counter-Terrorism and Security Bill, currently before Parliament, which he said would usher in "tough new powers to disrupt travel to Syria or Iraq and control the return of suspected terrorists".

Scotland Yard described the jailing of the two men as a "landmark case" - and the first of a string of cases due to come before the courts for sentencing.

Detective Chief Superintendent Commander Terri Nicholson of the Metropolitan Police's Counter-Terrorism Command appealed to families to help them prevent others travelling to Syria.