British jihadists who travel abroad to fight could be prevented from returning under new powers outlined by the PM. 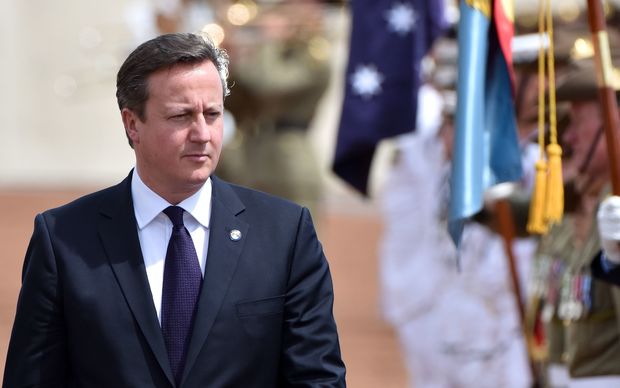 David Cameron said the special exclusion orders - which could last for two years or more - would bar suspected fighters from entering the UK unless they agreed to strict controls.

Officials would also have the power to stop would-be jihadists leaving the UK, the BBC reported.

Critics have questioned the legality of the measures, while Labour said more should be done to stop radicalisation.

Mr Cameron, who is in Australia for the G20 summit, announced the plans in a speech to the country's parliament in Canberra.

The proposals - which were first outlined by the prime minister in September - form part of the Counter-Terrorism Bill, due to be published before the end of the month. Downing Street said it hoped the bill would be law by the end of January.

Under the Temporary Exclusion Orders, British citizens suspected of fighting with Islamic State (IS) militants would be stopped from re-entering the UK unless they gave themselves up at the border.

Suspects would have their passport cancelled and their name would be added to a "no-fly list" that would prevent them travelling to Britain.

They would only be allowed to return if they agreed to be escorted by the police before facing either prosecution or close supervision under monitoring powers.

The exclusion orders would last for up to two years at a time and could be renewed. Breaches could lead to a prison sentence.

Police and some border officers will also be given the power to seize passports if they have reasonable suspicion that someone is travelling abroad for terror-related activity - including those under the age of 18.

Passports could be held for 30 days, subject to a magistrate's review.

And airlines could be fined if they did not comply with the UK's requirement to screen passengers and stop suspects from boarding planes.