The Prime Minister has released the final draft of legislation which addresses the rising threat posed by foreign terrorist fighters. 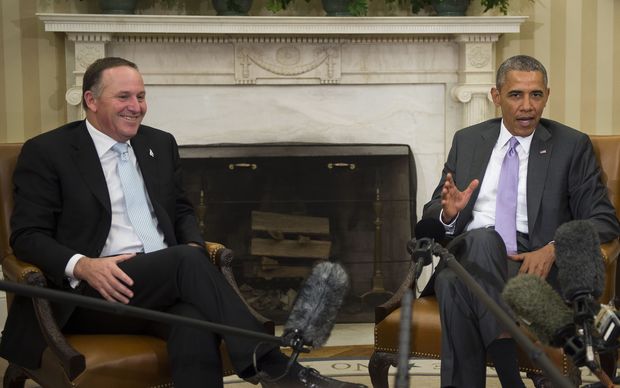 Prime Minister John Key with US President Barack Obama earlier this year. The US is leading an alliance against Islamic State. Photo: AFP

It contains proposals previously announced by John Key in a speech on national security earlier this month.

The bill would extend the period the Minister of Internal Affairs can cancel a passport to up to three years from the existing law's 12 months.

It would also give the Minister the power to temporarily suspend passports for up to 10 working days in urgent cases, and allow the NZ Security Intelligence Service to carry out greater surveillance than it does now.

The legislation includes a sunset clause which means the provisions of the bill expire on 1 April 2018.

John Key said New Zealand's risk and threat profile is changing and the Islamic State has been successful in recruiting New Zealanders to its cause.

"I have been as open as I can be with New Zealanders about that threat, without overstating it.

I am working to seek broad political support for this legislation and my office is conducting those talks in good faith with a number of parties," he said.

"We have also shared the draft legislation with a number of interested parties outside Parliament in order to give them additional time to consider it."

Mr Key said he intends to introduce the legislation on Tuesday and have it passed before the House rises for Christmas.