He said that meant that where previously the threat of a terrorist attack was assessed as unlikely, it is now assessed as possible, but not expected.

Mr Key says the threat level is still below New Zealand's partner countries, but he says from time to time specific threats are dealt with on a case-by-case basis.

He also announced a review he said would ensure New Zealand can respond to the evolving domestic threat posed by people joining foreign terrorist organisations.

He said the targeted review will take four weeks, after which he says a law change is likely to be needed.

Mr Key said it was estimated that about 3000 of the foreign fighters associated with Islamic State hold Western passports, including some New Zealanders.

"They threaten to return to their countries of origin, both radicalised and with military training.

"Out intelligence agencies are aware of the risk and are focussed on addressing it."

He said if that was the case he wanted to get broad Parliamentary support for any legislation, which would likely need to pass before the House rises in December.

While it was a criminal act to participate in a terrorist group under the Terrorism Suppression Act, that law was hard to enforce, Mr Key said earlier today.

"There's a lot deficiencies in that law, at least there's a lot of debate about how applicable the law is, how easy it is to get a conviction under the law," he said.

"That's really the issue in this area."

It was also important New Zealand's anti-terrorism laws aligned with those of close allies such as Australia, Mr Key said. 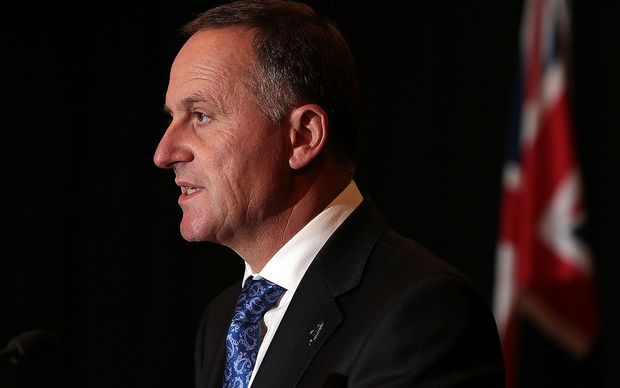 The Labour Party wanted to know why Mr Key is looking to push through the new anti-terrorism measures under urgency.

Acting leader David Parker said the changes could be quite complex and should not be rushed.

"The things that change the civil liberties of New Zealanders, whether it's to come and go from New Zealand or to hold a passport, are serious issues. And unless there's a pressing need to change things overnight, why not take a month to do it?"

Mr Parker said Labour would be happy to take part in a decent process to make law changes.

However, legal experts say it will still be problematic to prove a person intends to, or has, committed a crime against humanity even if the Government changes terror laws.

He questioned whether a person who said they were going on the Muslim pilgrimage, the Hajj, would be told they could not fulfil their religious obligation, if there was suspicion they were going for other purposes.

"There's an extra dimension of difficulty because there are legitimate reasons for people who may be Muslim to go to the Middle East," he said.

"It's going to be hard to prove that they were committing a crime against humanity."

The Federation of Islamic Associations has questioned the Government plans and wants to ensure they do not go too far.

Islamic leaders met over the weekend and the Federation's president, Anwar Ghani, is writing to Prime Minister today to offer to work with him on the changes.

He told Nine to Noon they want to make sure the law is balanced as there have been problems in Australia where similar laws have been put in place.

Mr Ghani said people often have legitimate reasons to travel to some of the countries being targeted, and curtailing the freedom to do so would be unfair.

University of Otago law professor Andrew Geddis said to even cancel passports, it had to be shown people would be involved in crimes against civilians, which was difficult to prove.

As well, Mr Key might also want to clarify what counted as acting for a terror organisation, if he was looking at how to tighten terror legislation, he said.

"So that fighting alongside, or fighting in a terrorist organisation becomes a criminal offence by itself quite clearly - without necessarily having participated in any particular terrorist act itself," Professor Geddis said.

So if they think there is doubt about whether that's a criminal action at the moment, I'm pretty sure they'll want to try to make that clear."