Prime Minister John Key will head to Cabinet tomorrow with a briefing paper arguing for swift changes to New Zealand's law on passports. 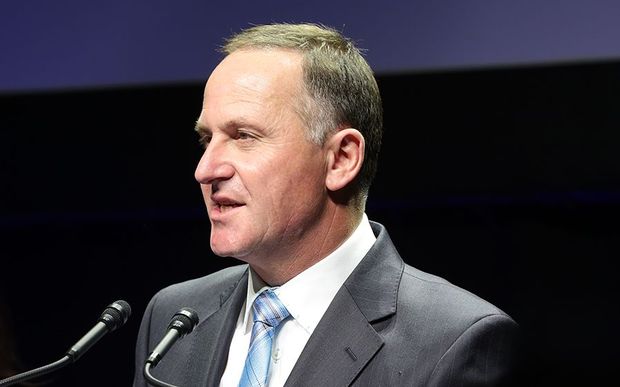 Prime Minister John Key says he is still considering options for New Zealand to support the fight against IS. Photo: RNZ / Diego Opatowski

The proposal is related to New Zealanders potentially heading abroad to fight alongside Islamic State (IS) militants.

Mr Key told TVNZ's Q+A programme today that it was not illegal for people to head overseas and fight for a terrorist group.

He said it was illegal in Australia, however, and his officials believed a law change was needed here.

Mr Key said the relevant legislation had to be reviewed by June next year, following changes last year to New Zealand's spy laws, but his officials believed the Government should move more quickly.

"What the officials are saying to us is that the settings that we've currently got, particularly in relation to passports but also in a couple of other areas, potentially you could argue the case that the change should take place on a much quicker basis."

Mr Key said proposals which will go before Cabinet, include the ability to cancel the passports of New Zealanders wanting to join terrorist groups abroad.

Mr Key said another issue was what to do with local foreign fighters who had been in the Middle East and then decided to return home.

"Potentially we would have greater powers and potentially even powers to look at arresting someone under the view that they would undertake what would then be deemed to be a criminal act - so that's a very big step."

Mr Key said any changes would be short-term and Parliament would have to vote on them under urgency.

The Prime Minister said the Government was still considering what action New Zealand might take to support the fight against IS in Syria and Iraq, and he had received a range of options from the Ministry of Foreign Affairs.

But Mr Key said there was nothing specific so far and that there would be further consultation with his officials and the country's allies on what was appropriate.

"There is more work to be done and we need to engage, I think, with our partners and with others to consider, if New Zealand was to make a contribution, what would actually be useful, practical and work."

Mr Key said the options included humanitarian support and diplomacy as well as a possible military commitment, which might include training and support roles.

He said sending ground troops was possible but he would be very cautious about what action the country takes.

Mr Key said that while there are risks for New Zealanders in taking part in international efforts against IS, non-involvement also has consequences.

"If you don't stand up to a known terrorist group that is dangerous and growing at a frightening rate, the reason you don't do that is because you feel intimidated by them. Then, by definition, they are starting to control your foreign policy."

Mr Key said Parliament needed to debate its options and he was already speaking with Opposition parties.