The Labour Party says the Government is pushing through sweeping anti-terror laws that will give spy agencies unprecedented powers without allowing proper public scrutiny of the changes. 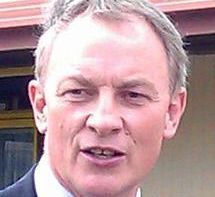 A law change, which is aimed at countering the threat from Islamic State supporters, will allow the Security Intelligence Service to carry out video surveillance for 48-hours without a warrant.

Labour's Defence spokesperson Phil Goff has told TV One's Q+A programme the Government has been talking about the danger from foreign fighters since the beginning of the year, but has left it until now to introduce legislation.

He said this left only two weeks for it to be discussed in the select committee process.

Mr Goff said he was most worried about changes to surveillance laws.

"I am worried about the 48-hours where you can have surveillance without a warrant, it seems to me that only in extraordinary circumstances would you want to give powers to the SIS to put out surveillance techniques without having a warrant."

However, Defence Minister Gerry Brownlee has defended the proposed law change and the timing, saying the terror risk had increased since the beginning of the year.

He said the new surveillance powers were necessary to counter home-grown terrorists.

Mr Brownlee said the new laws must not be allowed to interfere with the freedom of other New Zealanders.