Cabinet Ministers will tomorrow discuss the possibility of New Zealand joining the fight in Iraq and Syria against the extremist group Islamic State (IS). 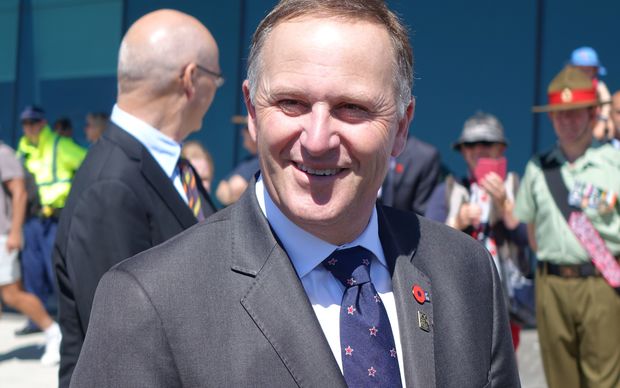 The Prime Minister has revealed he will make a significant speech about security on Wednesday, outlining steps the Government will take to address the threat of foreign fighters.

Mr Key said that would include ways the Government might address any deficiencies in the security laws.

"It's going to be very narrowly focussed. We recognise it's something we need to do potentially quite quickly."

He said it was also likely he would be in position to give a sense of what options are available to New Zealand when it comes to the situation with IS.

Cabinet will discuss those options tomorrow, though it is unlikely to make any firm decisions then.

Mr Key will not make his security speech in Parliament and is unlikely to give any further details about specific threats to New Zealand.

Last month, he announced the national terror threat level for the first time, revealing it had increased from very low to low. 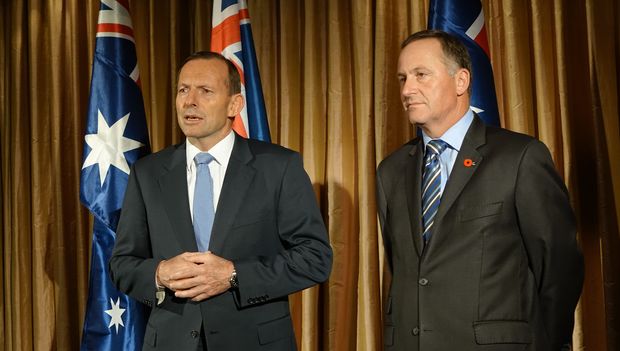 Tony Abbott (left) and John Key spoke in Perth before the commemorations in Albany on Saturday. Photo: RNZ / Craig McCulloch

'Going through our own process'

The Prime Minister said neither Australia nor the United States had pressured New Zealand to get involved.

"I think everybody understands that we're going through our own process of gathering information, getting a sense of what sort of contribution we might make if we were to make one, where we'd be most useful and beneficial overall."

Mr Key dined with the Australian Prime Minister, Tony Abbott, in Perth on Friday evening, where they discussed a range of topics, including the threat of IS.

He said Mr Abbott was able to explain what Australian troops were experiencing on the ground.

Mr Key revealed the date for his speech from Albany, Western Australia, where he was taking part in a memorial service marking 100 years since New Zealand and Australian troops left there for the First World War.

Despite having discussed the situation in Iraq and Syria with Mr Abbott, Mr Key said New Zealand was still making its mind up on whether to join the US-led coalition.

"What we are doing is working our way through all of the information that we have to try and form the best assessment of what contribution practically New Zealand could make.

"There's a wide range of categories there right through from humanitarian aid to potentially some sort of military intervention. In the fullness of time, Cabinet will have the opportunity to consider those issues and make a call."

Reports of mass killing in Iraq

In Iraq, ISIS militants have killed 85 more members of the Albu Nimr tribe, in a campaign of slaughter that began last week.

ISIS was understood to be acting in retaliation for the tribe's resistance against the group's territorial advances in the country, Reuters reported.

In a separate incident, 35 bodies of the tribespeople have been found in a mass grave.