Police shot dead two suspects in eastern Belgium as they were about to launch "large-scale" attacks in the country after returning from Syria, prosecutors said. 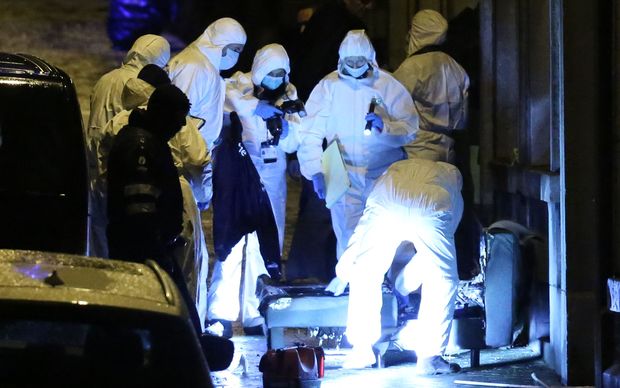 Police work into a marked out perimeter in Colline street in Verviers. Photo: AFP

They said a third suspect was arrested in the eastern town of Verviers and that the police had carried about 10 raids in all, including in the capital Brussels, after surveillance suggested an attack was imminent.

The incident came as Europe was on high alert after 17 people were killed in Islamist attacks on the Charlie Hebdo magazine and a Jewish supermarket in Paris last week.

Prosecutor Eric Van der Sypt said a third person had been arrested in the raid in Verviers, but no police or members of the public were harmed.

Mr Van der Sypt told reporters police had targeted a group returning from Syria who had been about to launch "large-scale" attacks.

Suspects had opened fire on police with assault weapons, he said.

"The suspects immediately and for several minutes opened fire with military weaponry and handguns on the special units of the federal police before they were neutralised," he said. 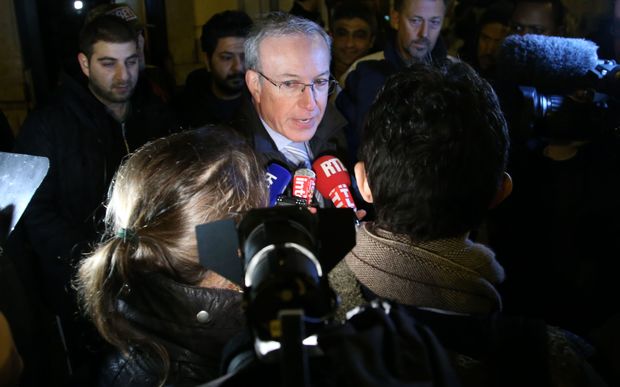 Anti-terror raids were also under way in the Brussels region, he added.

"We still expect a number of arrests," he said.

Belgian journalist Mark Eeckhaut told the BBC the suspects had wanted to attack a police station and cause a large number of casualties.

The terror threat level in Belgium has been raised to three - the second highest, Mr Van der Sypt said.

Residents reported gunfire and and at least three explosions in Verviers.

"I heard a sort of explosion, followed by several gunshots," one local told RTBF. "For the moment, I cannot tell you any more because I don't dare go out to see what is happening."

Another local resident said "machine guns were firing for about 10 minutes." 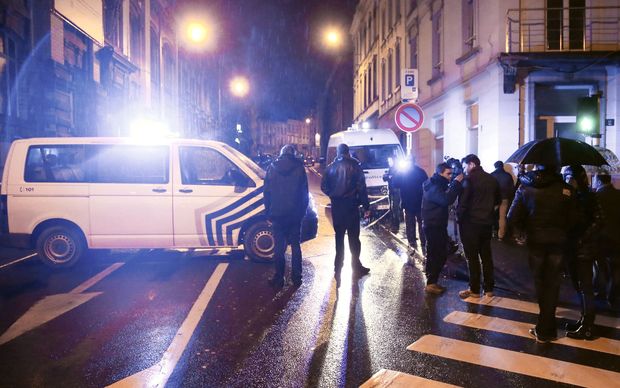 Journalists and residents stand near vehicles as police set a large security perimeter in the city center of Verviers. Photo: AFP

Belgian media has reported that some of the weapons used in the attacks in Paris were bought near the Midi train station in Brussels.

However, Mr Van der Sypt said no weapons link with the Paris attacks had been established. 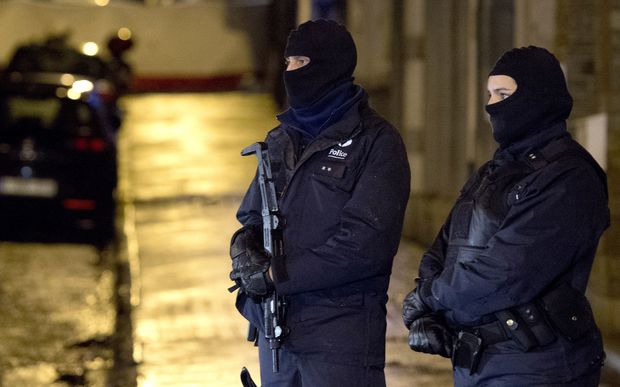 In May last year, four people were killed inside the Jewish museum in Brussels. A Frenchman of Algerian descent is in custody in Belgium over the attack.

German Chancellor Angela Merkel said she would press for new EU rules soon on data retention, to help in the fight against terrorism.

An EU directive on data retention was made invalid by a European Court of Justice (ECJ) ruling last April.

That 2006 directive opened up private communications data to police, but message content was still protected.

Ms Merkel's statement contrasts with the uproar in Germany last year over US mass surveillance of internet traffic.

She was speaking in the lower house of parliament (Bundestag) about measures to prevent attacks like the Paris shootings.