Security has been stepped up at Jewish sites across Belgium following a deadly shooting at the Jewish Museum in the capital Brussels.

Two men and a woman were killed and another person seriously injured by an attacker who reportedly drove up to the museum, went inside and fired shots. 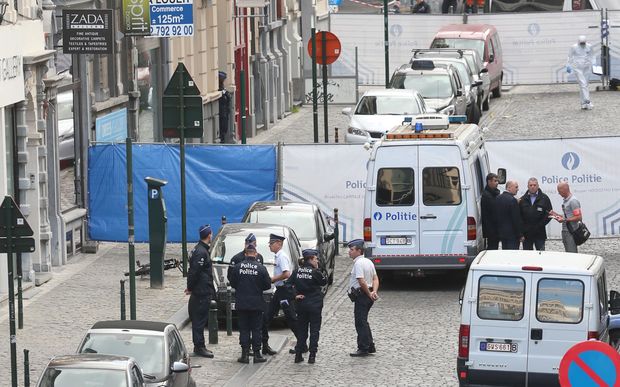 Police cordoned off the area around the museum, a busy tourist district in central Brussels. Photo: AFP

The BBC reports a man who was detained by police shortly after the attack has been released without charge. A manhunt has been launched for a different suspect.

Two of the dead were Israeli tourists, a couple in their 50s, Israel's foreign ministry said on Sunday.

Belgian officials said little was known about the perpetrator though anti-Semitic motives could not be ruled out.

Regarding the motive, we have little information. Everything is possible," said Ine Van Wymersch, a spokeswoman for the Brussels prosecutors office.

"We know that the location, the Jewish Museum in Brussels, makes one think of it being an anti-Semitic attack, but we do not have enough to confirm this is the case."

About half of Belgium's 42,000-strong Jewish community lives in Brussels, Reuters reports.

Security around all Jewish institutions in the country has been raised to the highest level, and Prime Minister Elio Di Rupo was meeting with police and senior officials to discuss the situation.

Maurice Sosnowski, president of the Coordinating Committee of Belgian Jewish Organizations, compared the incident to the 2012 shooting of four Jews in a school in France by an Qaeda-inspired gunman, Mohamed Merah. He said no threats have been issued to the Jewish community.

On Sunday, Belgium holds a general election, with a separatist Flemish centre-right party expected to win. 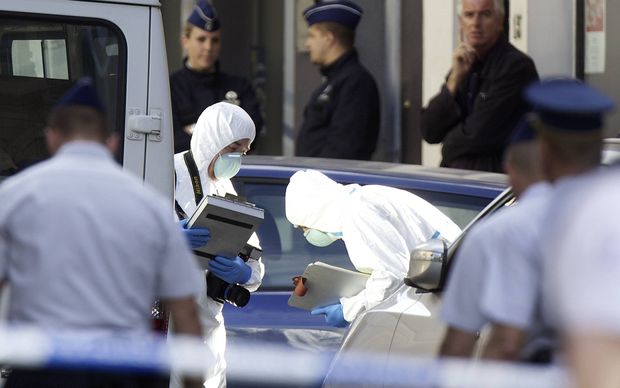 Police forensic experts at the scene of the shooting. Photo: AFP