Firefighters in South Australia are battling strong winds as they prepare for their third night of fighting a fire which is thought to have destroyed dozens of homes. 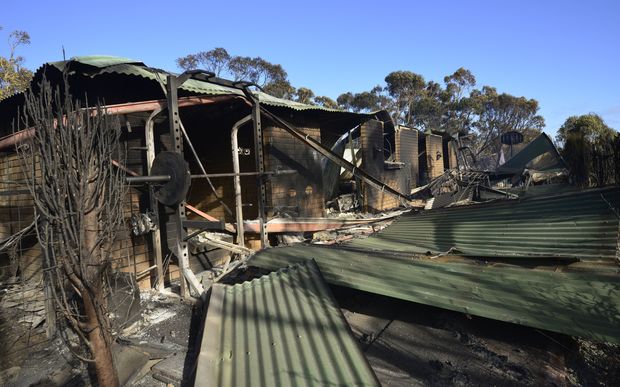 A destroyed house in Kersbrook as fires continue to burn through the Adelaide Hills on 4 January. Photo: AAP

A spokesperson for the South Australian Country Fire Service (CFS) said firefighters were now working to control the parameters of the fire, as strong winds continued to fan the blaze.

At least 600 firefighters from three states are battling the fire front in the Adelaide Hills.

Fourteen firefighters have been injured and more than a dozen homes have been destroyed but that figure is expected to rise.

Fourteen planes have been brought in to fight the fire, which has destroyed 12,000 hectares of land.

Fears up to 32 homes lost

South Australia's Premier Jay Weatherill has confirmed 12 homes have been destroyed and it is feared a further 20 homes could also have been lost, the ABC reported.

This morning, Mr Weatherill surveyed the fire-affected areas and said the situation was an "unfolding tragedy" for people who have lost their properties.

"There were many burnt-out houses but miraculously there were also many houses that were saved even though all of the area around them was black," he said.

"I also saw fires really licking at the edges of a number of houses that were being stoutly defended."

The fire burning at Sampson Flat was declared a major emergency by authorities on Saturday, who described the fire conditions as the worst since Ash Wednesday in 1983.

But 22 people have reported minor injuries including smoke inhalation.

The majority of these injuries were among firefighting personnel. 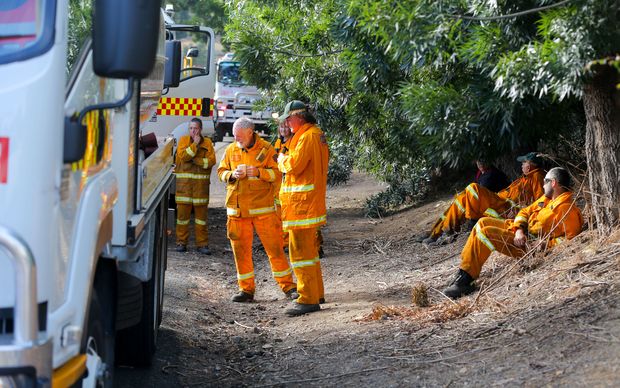 Volunteer firefighters relax in the township of Gumeracha after fighting bushfires. Photo: AAP 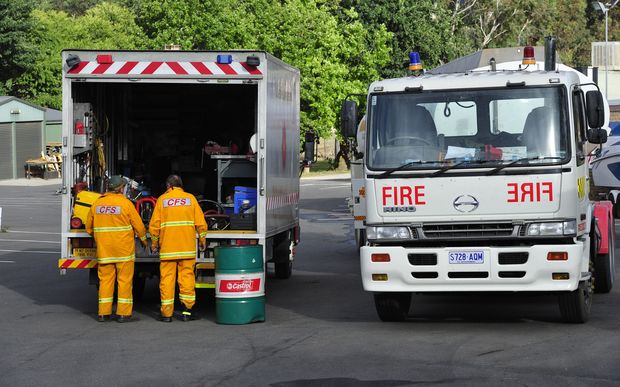 Fireman prepare their trucks in Gumeracha as fires burn through the Adelaide Hills on 4 January. Photo: AAP

Downgrade to 'watch and act' alert

A number of townships remained under threat including Williamstown in the north and Inglewood in the south, the ABC reported.

Earlier this morning the CFS downgraded the fire from an emergency to a "watch and act" alert.

South Australia Police Commissioner Gary Burns said a number of people had been turning up at roadblocks because of the downgraded alert, but warned the fire was still dangerous.

"What they haven't realised is that it is still an unsafe area and whilst there's the perimeter of the fire burning there's still lots of areas within that fire ground that are still uncontrolled fires," Mr Burns said.

"We're aiming to have people return this morning but as I said, this will all depend on the CFS advice when it comes to safety in the area." 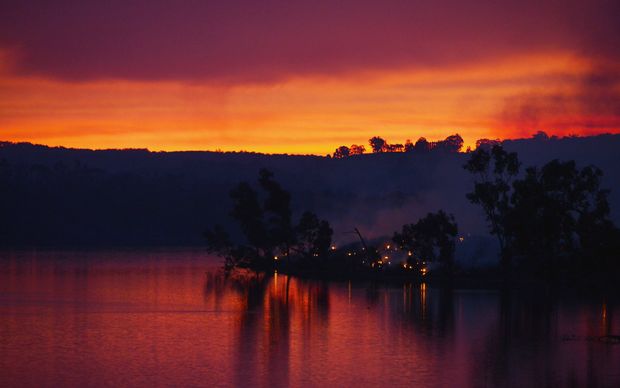 Embers glow against the smoke-filled sunset near Gumeracha in the Adelaide Hills. Photo: AFP 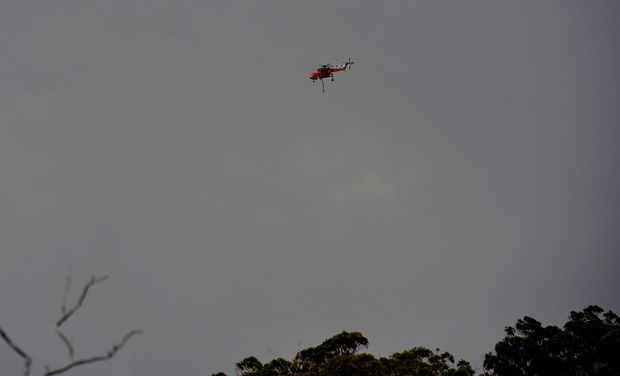 Bushfires rage out of control across the Adelaide Hills. Photo: AAP 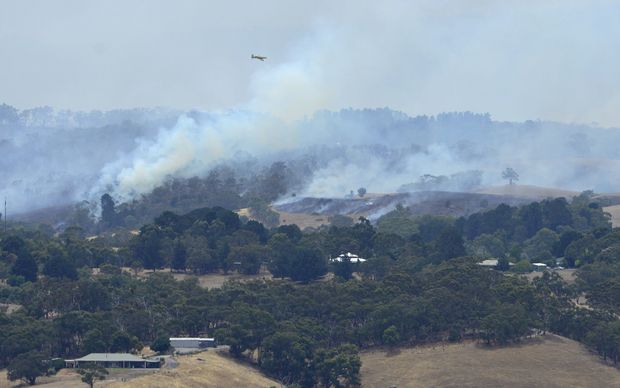 Bushfires rage out of control across the Adelaide Hills on 3 January 2015. Photo: AAP

Downgrade to advice level in Victoria

Meanwhile, all fire warnings in Victoria have been downgraded to advice level, as a cold front moves through the state and temperatures drop more than 20°C in some places.

However, residents are being warned to stay alert.