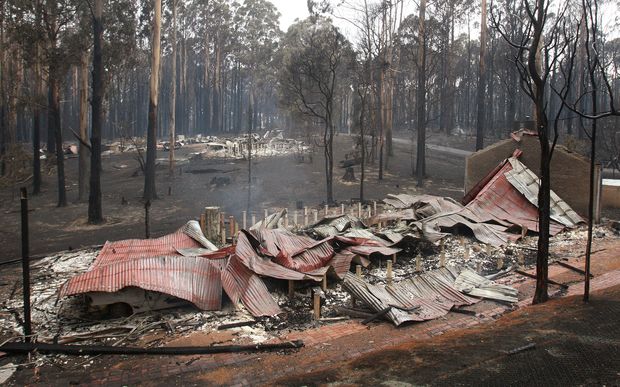 It is considered to be the biggest class action in Australia's legal history.

The fires killed 173 people and destroyed more than 1000 homes.

The action, involving about 5000 people, was taken against power distributor SP AusNet, and asset managers Utility Services Group, both of which denied liability, the ABC reported.

The case came about after the Victorian Bushfires Royal Commission found the Kilmore East-Kinglake bushfire was caused by an ageing SP AusNet power line.

The parties had already agreed to the settlement but it required the court's approval.

In his summary, Supreme Court Justice Robert Osborn said the decision to approve the settlement was taken, in part, because it would result in substantial compensation for group members.

"The settlement offers group members a series of material advantages by the way of finality, minimisation of further stress and anxiety, advancement of payment and containment of costs," he said.

The agreement was "in the range of reasonable settlements".

Justice Osborn said only two "relevant" objections to the deal were received out the 5000 people involved in the class action.

"Those objections do not demonstrate by any evidence or otherwise that the settlement should be rejected," he said.

Rory Walsh, from Maurice Blackburn Lawyers, said the settlement would bring justice to many.

"While we can never compensate people for what they've lost, particularly those who've lost loved ones, we have recovered in this proceeding $A494 million," he said.

"We hope that that money can help people alleviate some of the hardships that they continue to experience today."

A total of 10,500 individual claims and 1750 personal injury claims have been made.