The bodies of more than 230 people believed to have been killed by Islamic State (IS) have been found in a mass grave in eastern Syria, activists say. 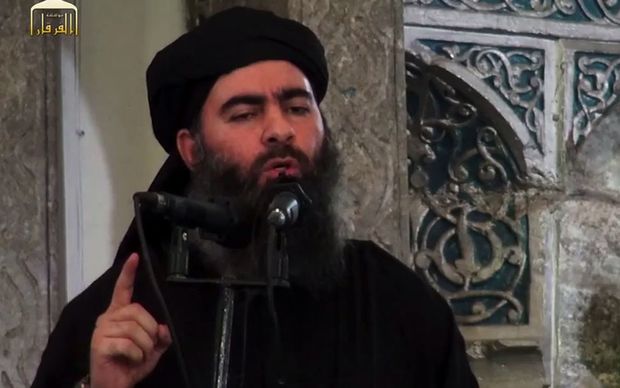 IS leader Abu Bakr al-Baghdadi reportedly issued a statement saying members of the Sheitat could return to their homes if they did not assemble. Photo: AFP

The Syrian Observatory for Human Rights said they were thought to be members of a tribe that fought the jihadist group in Deir al-Zour province in the summer, the BBC reported.

The mass grave was discovered after the Sheitat were allowed to return to their homes by IS leaders, it added.

Last month, the UN said it had received reports of a massacre there in August.

Investigators said it appeared to have been perpetrated by IS in a struggle for control of oil resources near the town of Mohassan.

One survivor described seeing "many heads hanging on walls while I and my family escaped", while locals saw several freshly-dug mass graves.

In early November, IS leader Abu Bakr al-Baghdadi reportedly issued a statement granting members of the tribe permission to return to their homes upon the condition that they did not assemble.

They were also told to surrender all weapons and inform on all "apostates" to the group.

All "traitors" would be killed, Baghdadi's statement warned.

On Wednesday (local time), the Syrian Observatory reported that it had been informed by a trusted source that the 230 bodies had been found by returning members of the Sheitat in a mass grave in the desert near the village of Kashkiya, in eastern Deir al-Zour.

The UK-based group said the "vast majority" of the victims had been civilians and that many of them had been executed in cold blood.

The discovery brought the number of Sheitat tribespeople killed during the summer to more than 900, it added.