The Syrian military has accused Israel of carrying out two air strikes on Syria, near the capital Damascus.

Israeli planes bombed the area near Damascus international airport and the town of Dimas, the Syrian army said in a statement carried on state television, the BBC reports. 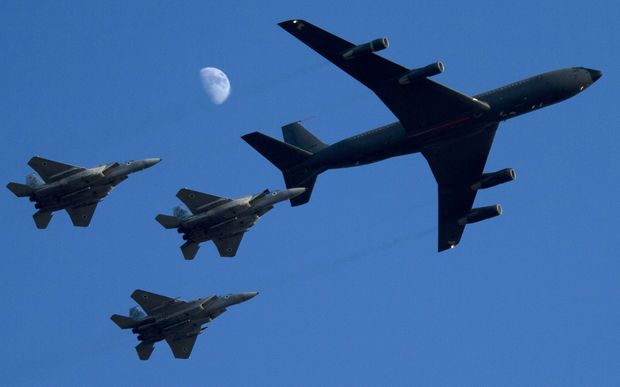 No casualties were reported. There has been no confirmation of the air strikes from Israel.

Israel has conducted several air strikes on Syria since 2011.

It described the air strikes as "direct aggression" carried out to help the Syrian government's opponents.

Some installations had been damaged, it added, without elaborating on what had been hit.

The UK-based Syrian Observatory for Human Rights, which monitors the Syrian conflict, said (in Arabic) that 10 explosions were heard near Dimas, which is located close to the Syria-Lebanon border.

The group also said that there had been eight air raids on areas in the town of Khan al-Sheeh, on the eastern outskirts of the capital, and that a warehouse near Damascus airport had been hit.

Responding to the Syrian accusation, Israel's military said it did not comment on "foreign reports".

The Israeli air force has conducted several air strikes on Syria since the Syrian uprising began in March 2011.

They appear to have been mainly aimed at preventing weapons transfers to Syria's allies in Lebanon, the militant Hezbollah movement.

Israeli jets were seen constantly flying over parts of Lebanon on Sunday, about 30 kilometres from where the alleged attacks are said to have taken place.

The Israeli military has also bombed Syrian military sites in the past in retaliation for attacks on the occupied Golan Heights.

Israel seized the region from Syria in the closing stages of the 1967 Middle East War, and thwarted a Syrian attempt to retake it in 1973.

It unilaterally annexed the area in 1981, in a move not recognised internationally.

The two countries remain technically in a state of war, and UN observers are deployed to monitor a 70 km-long demilitarised zone.