US Secretary of State John Kerry says any Iranian action against Islamic State (IS) in Iraq would be "positive". 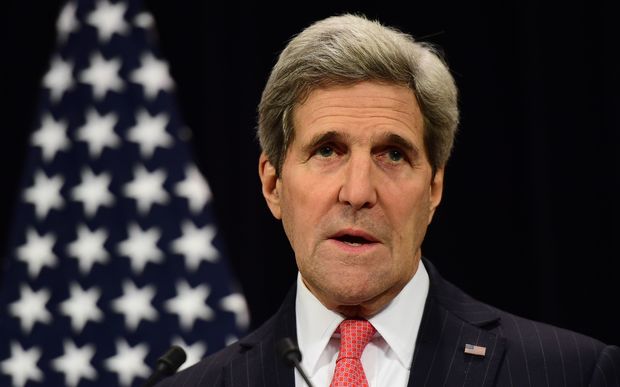 He would not confirm Pentagon claims that Iran carried out strikes on IS - Iran was not a member of the US-led coalition and denies any co-operation.

Mr Kerry praised the alliance for inflicting "significant" damage on IS, but said IS ideology, funding and recruitment needed to be destroyed, the BBC reported.

His comments came after the coalition's first high-level meeting in Brussels.

IS controls large areas of Syria and Iraq, imposing a rigid version of Sunni Islam and persecuting or killing non-believers.

"Daesh (Islamic State) is still perpetrating terrible crimes but there was a consensus that the momentum which it had exhibited two and a half months ago has been halted," Mr Kerry said after a meeting of foreign ministers and officials from all the nations involved in the coalition.

But destroying IS, he warned, "is going to require defeating the ideology, the funding, the recruitment and the devastation that they'd been able to inflict on people in the region".

Asked about reports of an Iranian jet spotted in TV footage flying over Iraq, Mr Kerry said: "If Iran is taking on (IS) in some particular place... and it has an impact, then it's going to be net effect (that) is positive."

However, he refused to comment on whether such attacks had taken place, saying it was up to Iran and Iraq to do so.

He also stressed that the US was not co-ordinating on military activity with Iran.