The leaders of the world's biggest economies have agreed on a strategy to lift global growth by $US2 trillion and create more than 100 million new jobs.

There is just one catch. It depends on the leaders going back to their home countries and putting into effect the decisions they made at the G20 meeting in Brisbane over the weekend. 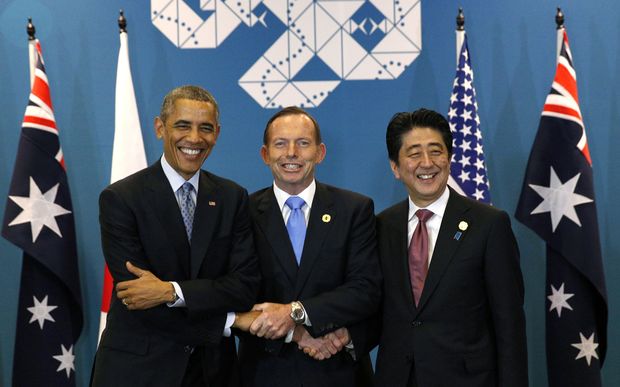 Leaders of the G20 countries have pledged to adopt a range of measures they say will not just boost economic growth, but will specifically help the world's poorest people.

The G20 president for this year and Australian Prime Minister, Tony Abbott, said the changes would lift living standards.

"People right around the world are going to be better off and that's what it's all about. It is all about the people of the world being better off through the achievement of inclusive growth and jobs," said Mr Abbott.

The commitment in the leaders' statement to quality jobs and to reducing poverty will please global trade unions.

The general secretary of the International Trade Union Confederation, Sharan Burrow, said too many people were struggling.

"Four in ten working people around the world have suffered unemployment or reduced working hours. And one in two, 50 percent, of working families globally cannot make ends meet, cannot pay their bills."

The chairperson of the business group advising the G20, Richard Goyder, agreed unemployment was a particularly serious problem.

"We think this year is a really important time for the G20 because there are way too many people around the world unemployed and particularly youth unemployment is at crisis levels in some countries and is too high in most countries around the world."

Mr Goyder had told G20 leaders before they released their communiqué that business would work with governments to boost growth and create more jobs.

But he had also made clear business could only do that if governments made changes to increase competition, free up trade, remove red tape and boost investment in infrastructure.

Aside from agreeing to do that, the G20 leaders also committed to clamping down on tax avoidance by multi-national companies.

US President Barack Obama said the commitment was more than words.

"We have made very concrete progress during the course of last several G20 sessions in preventing companies from avoiding the taxes they owe in their home countries, including the United States," said Mr Obama. 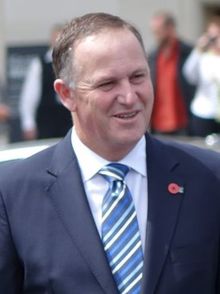 New Zealand Prime Minister John Key told Morning Report today the goal was a challenge, but countries could reach it.

"The finance ministers have worked for now over a year and these countries have all made pledges of what they will actually do to translate their ambitions into stronger growth."

"If it can be achieved, and you can lift global growth by an additional 2.1 percent over five years, then that stronger economy feeds absolutely into greater international consumer demand and ... stronger opportunities for our country through the products we want to sell."

Much of the meeting in Brisbane was overshadowed by worries about the ongoing crisis in the Ukraine.

Mr Obama said he had been blunt with Russian President Vladimir Putin, who left the summit early on Sunday. 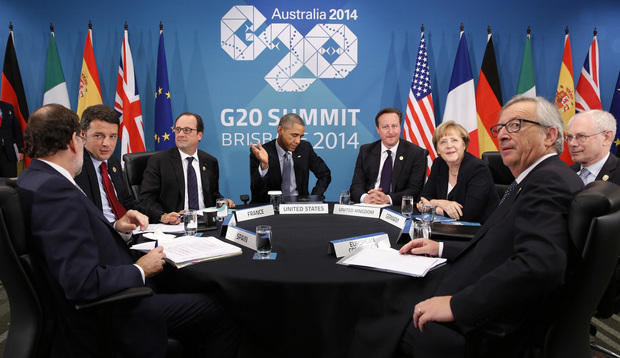 "I would characterise them as typical of our interactions which are businesslike and blunt. And my communications to him was no different than what I have said publicly as well as what I have said to him privately over the course of this crisis in Ukraine," said Mr Obama.

Mr Abbott now says that this will underpin economic growth.

"Our actions will support sustainable development, economic growth and certainty for business and investment and of course we will all work constructively towards the climate change conference in Paris next year," he says.

The G20 leaders' did rebuke the US for not ratifying reform of the International Monetary Fund to give emerging economies more equal representation, describing it as deeply disappointing. They called on the US to ratify agreed changes to the IMF as soon as possible.

Turkey now takes over the leadership of the G20 for 2015.