World leaders are gathering in Brisbane for this weekend's summit of G20 nations. 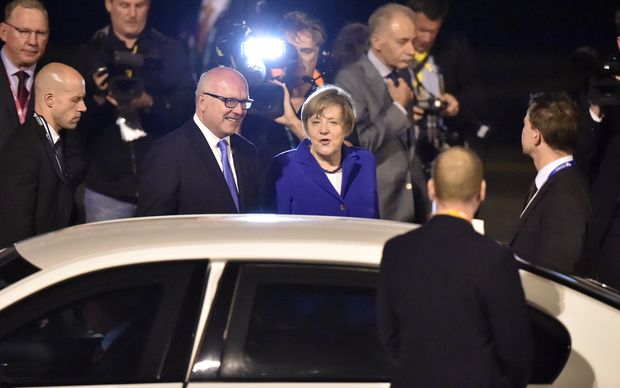 Germany's Chancellor Angela Merkel (C) is welcomed upon her arrival in Brisbane on 14 November. Photo: AFP

The two-day meeting, attended by the United States, Chinese and Russian leaders among others, will focus on promoting growth.

Tensions with Russia over Ukraine are also expected to draw attention.

Campaigners also want climate change on the agenda, but Australia has been firm in keeping it off.

'We want to boost growth'

Prime Minister John Key, who left this morning to attend the meeting, warned that conflicts in the Middle East and Ukraine could derail global economic growth.

Mr Key said the G20 leaders' focus on boosting economic growth could be undermined if the situations in Ukraine and the Middle East deteriorate.

"If there was to be a deterioration of the position from ISIS, then that I think presents a real global threat," he said.

"And of course, ultimately, a worsening position in Russia or Ukraine could ultimately lead to a further slowdown in Europe. We're already seeing some reduction in growth there."

Mrs Merkel, who spent the day in Auckland yesterday, agreed that faster economic growth was the main priority of the meeting and said sustainable public finances would help boost economies.

"A very clear message that we want to boost growth. We, from the German side, underline that at the same time we wish for sound fiscal policies," she said, speaking through a translator.

"We think that that is one of the preconditions for a robust growth."

The meeting of the world's wealthiest nations aims to lift their collective economies by an extra 2 percent over the next five years.

Mr Putin made the comments as he headed to the G20 Leaders' Summit, where he is expected to come under pressure over Russia's actions in Ukraine.

He said that US and EU sanctions would harm not just Russia but the global economy.

The sanctions were introduced over Russia's annexation of Ukraine's region of Crimea and its alleged involvement in eastern Ukraine. 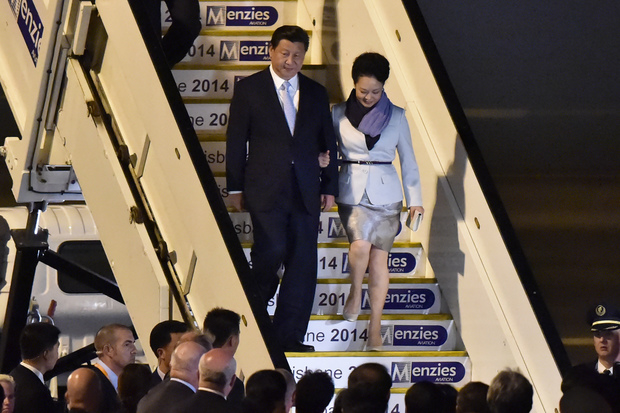 China's President Xi Jinping and his wife Peng Liyuan walk down from their plane upon their arrival in Brisbane. Photo: AFP 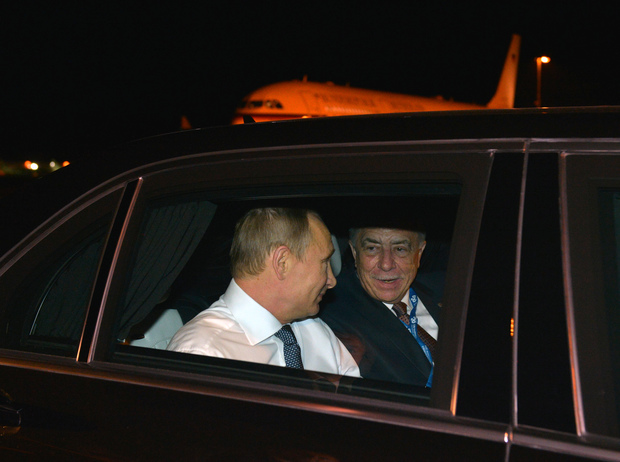