Canada says it did not share some intelligence with the United States about two men who mounted fatal attacks on soldiers last week because of a 2013 court ruling limiting the transfer of personal data, a Canadian official said on Saturday. 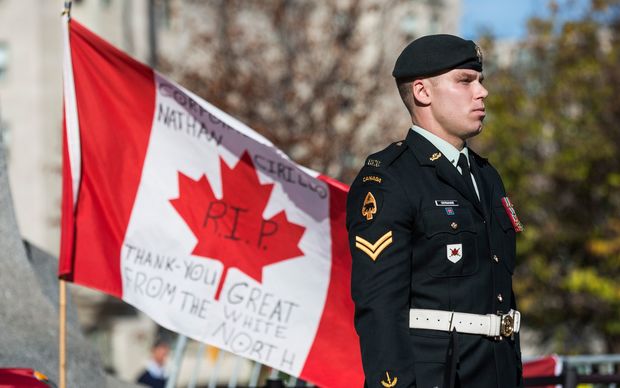 A Canadian soldier standing guard at the National War Memorial during a ceremony there last week. Photo: AFP

US authorities therefore knew little about Michael Zehaf-Bibeau, who killed a soldier before attacking Parliament in the capital Ottawa.

They also did not realize that Canada had withdrawn the passport of Martin Rouleau, who earlier ran over and killed a soldier in Quebec.

Reuters reports that the United States and Canada have long exchanged information about people deemed to be high risks.

Along with Australia, New Zealand and Britain, the two nations belong to the so-called Five Eyes intelligence-sharing network.

Actions did not reflect Islam beliefs

A New Zealand Muslim leader said the actions of the two men in Canada who killed soldiers in separate incidents in no way reflected the values and beliefs of Islam.

President of the Federation of Islamic Association's Anwar Ghani said the deaths were tragic and not connected with the Islamic values of peace and justice.

He said Muslim voices were not being heard enough in news stories about terrorism and Islamic State.