Canada's parliament has returned to work, a day after a gunman rampaged through its corridors before being shot dead by the sergeant-at-arms. 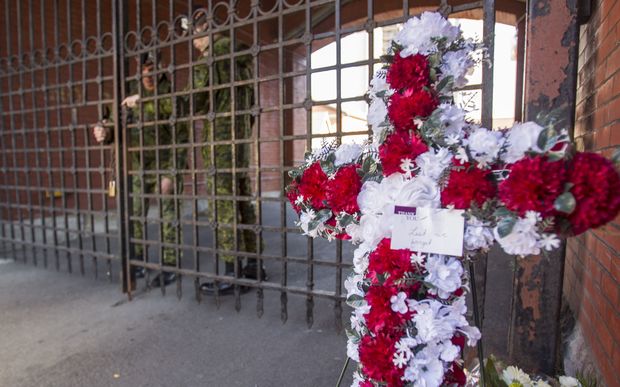 Soldiers lock the gates at the John Weir Foote V.C. Armouries in Ontario after a soldier believed to be from the base was killed in an attack in Ottawa. Photo: AFP

It opened with applause for the sergeant and a moment's silence.

The gunman, reportedly a Muslim convert, also shot and killed a soldier at Ottawa's nearby war memorial, the BBC reported.

His mother has told Associated Press news agency she is crying for the victims of the shooting, not her son.

It was the second attack on Canada's military in three days.

Standing to address the MPs to warm applause, Prime Minister Stephen Harper's first words were: "I know we will always stand together."

The objective of the attacks was to instil fear and panic in Canada, he said.

But he vowed to expedite security measures to strengthen powers of surveillance and detention.

"And as for the business of government, well here we are, in our seats, in our chamber, in the very heart of our democracy and our work goes on."

On Monday, another soldier was killed in a hit-and-run in the province of Quebec. Mr Harper described the perpetrator, who was shot dead, as an "ISIL-inspired terrorist". 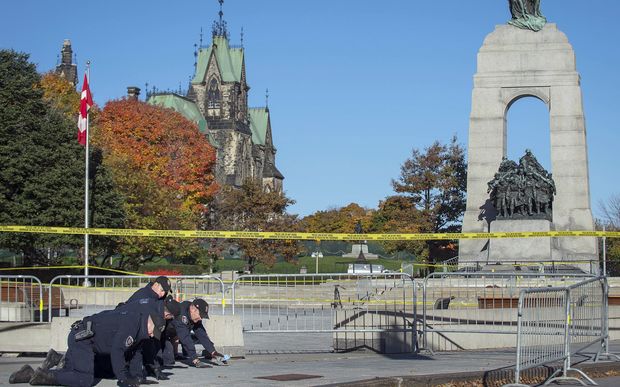 Police officers do a search of the area in front of National War Memorial in Ottawa. Photo: AFP

Canada recently announced plans to join the US-led campaign of air strikes against IS militants in Iraq but no link to IS or the new military campaign has been confirmed by police investigating the latest attack.

The gunman was reportedly a Muslim convert named Michael Zehaf-Bibeau, who was on a Canadian watchlist.

His mother Susan Bibeau said she was crying for the victims and was at a loss about what to say to those hurt in the attack.

"Can you ever explain something like this?'' she said. "We are sorry."

The heart of Canada's capital city had been in lockdown after the attack as police combed the streets looking for another gunman.

But police said that they believed there was only one assailant.

The attack began on Wednesday morning (local time), as two soldiers guarding the memorial came under fire from a man carrying a rifle.

One soldier, Cpl Nathan Cirillo, died of his injuries. Three other people were treated in hospital and released by evening.

Minutes after the attack at the memorial, dozens of shots were fired inside the parliament building.

The gunman was shot dead by Sergeant-at-Arms Kevin Vickers, 58. 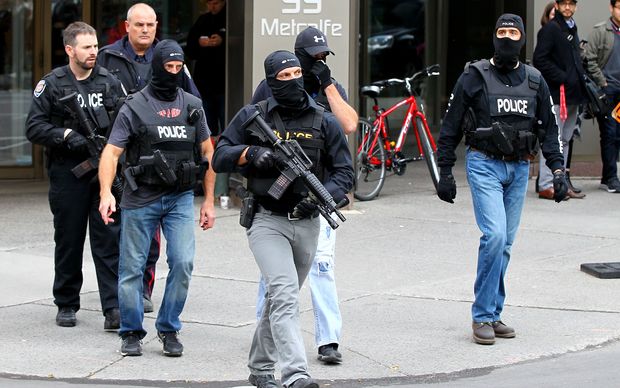 MPs applauded Mr Vickers for several minutes on Thursday, banging on their desks in support and appreciation of his service and actions a day prior.

Zehaf-Bibeau, 32, had apparently been designated a high-risk traveller and had his passport taken away because of suspected jihadist sympathies.

A Twitter user who posted an image purporting to show Zehaf-Bibeau said it had come from an IS-linked account.