New Zealand's Parliament is restricting access to two entry points in light of the events in Ottawa. 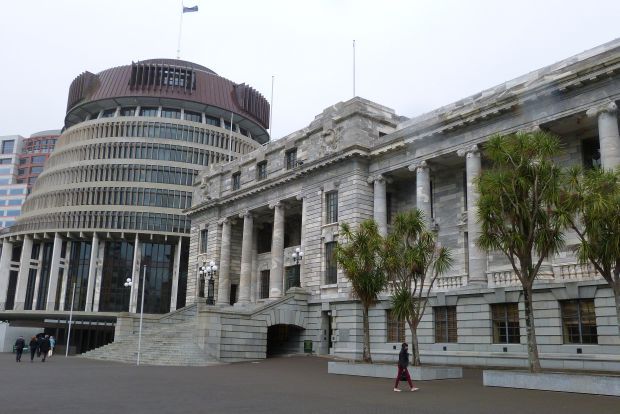 Parliamentary Service general manager David Stevenson said the decision to close all other entry points had been made to keep staff and the public safe.

It was an interim security measure but anyone visiting Parliament over the next few weeks would have to bear in mind it could take longer than usual to get in, Mr Stevenson said.

Mr Key said people would be reflecting on whether security staff at Parliament should be armed.

"It's a little bit like arming the police. Some of our police officers rightfully are armed, and that's absolutely necessary," he said.

"The counter to that is the risk if you arm too many people that those weapons can be used against you or used in appropriately, and that's always the trade-off here."

But New Zealand First leader Winston Peters said he felt unsafe at Parliament, that security was not tight enough and that the introduction of armed guards should be considered.

"It's pretty flimsy and it's pretty shallow. They're going to have to stiffen things up because what you're seeing in Canada twice now, and elsewhere, is very likely to happen here," he said.

"Alongside the fact, also, that we've been so cavalier about our immigration policies."

Meanwhile, Mr Key said there would be no more risk to New Zealanders' safety than there already was, if New Zealand got involved in the fight against Islamic State.

Mr Key is waiting for more advice on what action New Zealand might take, as other countries step up military action.

Mr Key was today asked about the shooting in Canada and if he would be worried about some kind of retaliation if New Zealand joined the fight - as Canada had done.

"What we're doing is all humanitarian but if that position was to change, the advice we've had is there wouldn't be a material change to the risk that New Zealanders face," he said.

"In other words, we potentially already face some international, regional, and who knows, even domestic risks and those don't dramatically change."

New Zealanders could not live in a country where a terrorist group decided whether we stood up to them or not, Mr Key said.