The families of nine Australians killed in the downing of a Malaysia Airlines plane over eastern Ukraine are about to have their relatives remains returned to them. 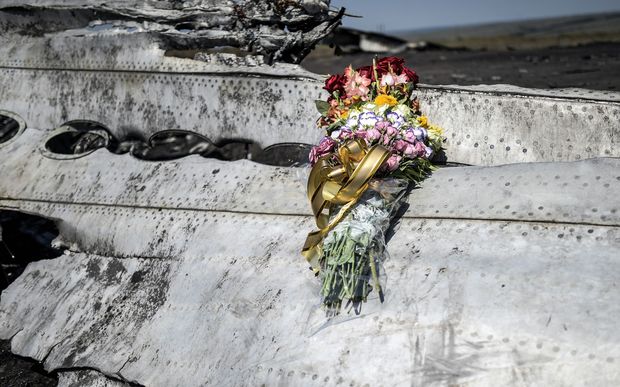 Flowers left by parents of an Australian victim of the crash, laid on a piece of the wreckage in eastern Ukraine Photo: AFP

All 298 people on board flight MH17 were killed when the plane, which was travelling from Amsterdam to Kuala Lumper, was shot down on 17 July.

27 passengers were carrying Australian passports, while another 11 were Australian residents travelling on foreign passports.

The ABC reports the remains were flown to Melbourne from the Netherlands on Thursday.

They have been taken to a morgue to be formally identified and for the deaths to be registered in Australia.

The Coroner's office has told families they will not be able to see their relatives until after the bodies have been released to funeral directors over the weekend.

The victims' names have not been released in line with an Australian government policy which is leaving any decision on that up to the families.