Bells pealed and flags flew at half mast as the bodies of 40 victims of the Malaysian airliner tragedy arrived at an air force base in the Netherlands.

A national day of mourning was observed in the Netherlands, where most of the victims of the tragedy were from. Flight MH17 was en route from Amsterdam to Kuala Lumpur when it was shot down on 17 July, killing all 298 people on board, including 193 Dutch. 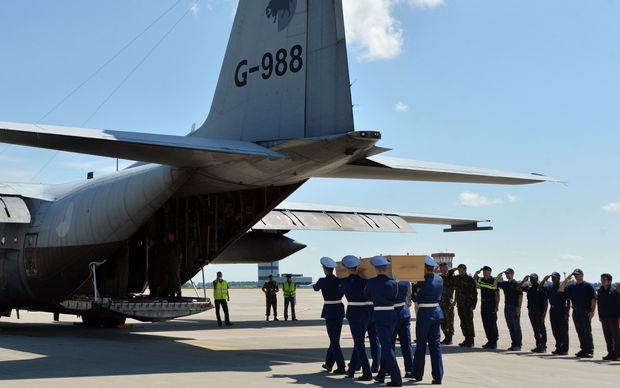 The first plane carrying bodies from Flight MH17 touched down at Eindhoven air base. Photo: AFP

A military guard of honour stood to attention as a trumpeter played The Last Post. After a minute's silence - observed throughout the nation - servicemen boarded the Dutch and Australian planes to carry the coffins to waiting hearses.

As the cortege travelled from Eindhoven to the military base at Hilversum thousands of people lined the 100km route, watching from motorway bridges.

The two transport planes, one Durch and one Australian, are expected to ferry another 200 bodies to and from Ukraine to the Eindhoven base in the next few days. 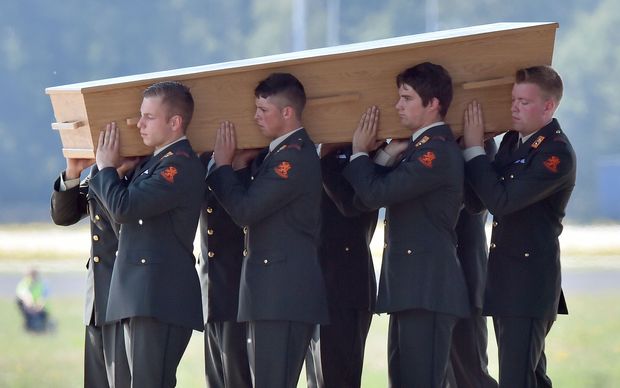 The coffins were brought from the plane by members of the military. Photo: AFP

In eastern Ukraine, pro-Russian rebels have shot down two Ukrainian fighter jets not far from where the Malaysian airliner was brought down.

A spokesperson for Ukraine's military operations said the planes were brought downed near Savur Mogila, about 25km from the airliner crash site. There are unconfirmed reports the two pilots managed to eject.

Ukrainian prime minister Arseniy Yatseniuk said one of two fighters could have been hit by an air-to-air missile.

Although he did not directly accuse Russia, Mr Yatseniuk said it was definitely not hit by another Ukrainian jet, leaving Russia as the likely suspect.

Fierce fighting is raging near the two rebel strongholds of Donetsk and Luhansk where separatists have been pushed back by Ukrainian forces who have taken control of villages and suburbs around the two cities. 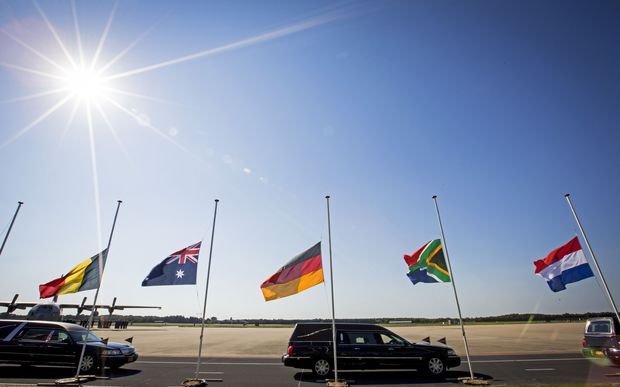 Hearses took the victims from the air base to a facility where the identification process will begin. Photo: AFP 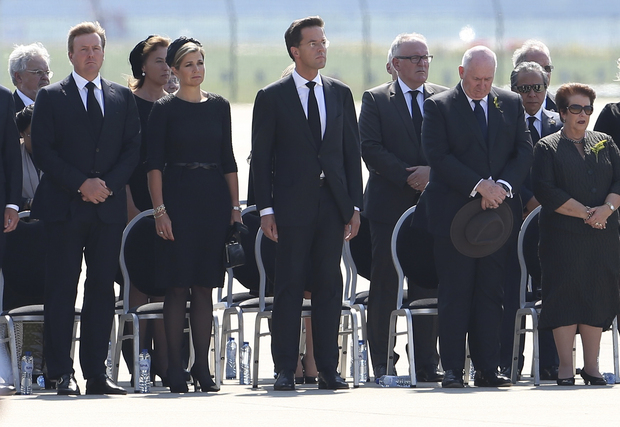