Australia is holding a national day of mourning for those who died in the MH17 air disaster in Ukraine. 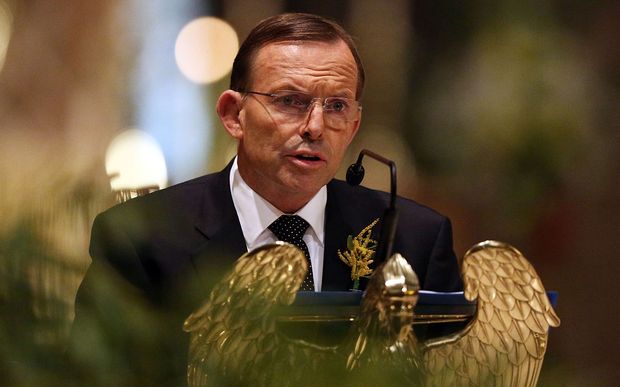 Thirty-eight of the 298 people who died when the plane was brought down over eastern Ukraine on 17 July were Australian nationals or residents.

The bereaved would be supported and justice would be sought for the dead, he said.

"There will be a time to judge the guilty but today we honour the dead and we grieve with the living" he said.

"We cannot bring them back but we will bring them home as far as we humanly can and we do rededicate ourselves today to supporting the bereaved to obtaining justice for the dead and for their families and to working for a better world."

Flags will also fly at half-mast across Australia to mark the day. 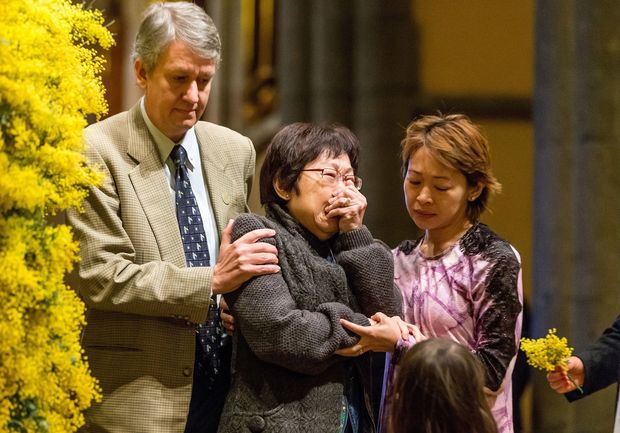 A grieving family member during the national day of mourning service for the victims of Malaysia Airline MH17 St. Patrick’s Cathedral in Melbourne. Photo: AFP

The ceremony came hours after Dutch Prime Minister Mark Rutte halted the search for remains of the victims in Ukraine because of renewed unrest.

The US and the EU have accused pro-Russian separatist rebels of attacking the jet, mistakenly, with a missile supplied by Russia. The rebels and the Russian government deny the accusation.

Efforts to investigate the cause of the crash and to recover the remains of the dead, have been hampered by fighting between the rebels and the Ukrainian military, which is attempting to retake territory in the east.