Wealthy European buyers have snapped up four more sheep and beef farms to convert to forestry, as rural concerns over the sales ramp up. 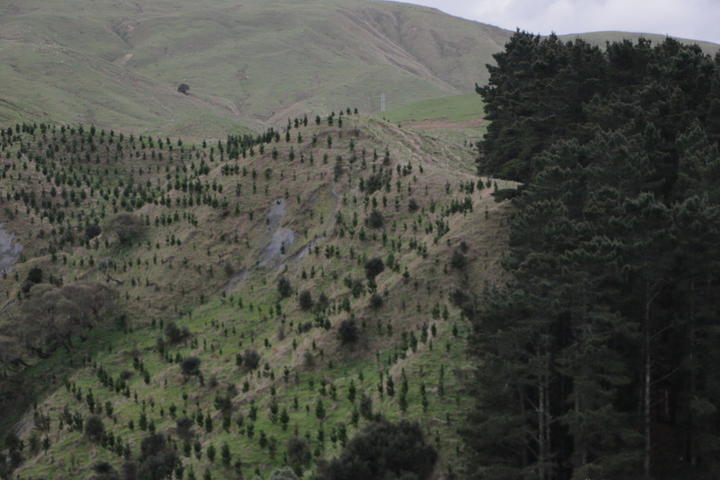 Overseas Investment Office (OIO) decisions made in September and released today show the sales total more than 2200 hectares of land previously owned by New Zealanders, in Gisborne, Wairoa and Whangarei.

The new owners plan to plant 1600 hectares of the land as commercial forests.

Austrian count Johannes Trauttmansdorff-Weinsberg, who purchased two other sheep and beef farms for forestry conversion in August, is the purchaser of two of the latest properties. Another Austrian, Wolfgang Leitner, and a Swiss-German company, Kauri Forestry LP, have bought the other land.

At least one of Mr Trautmansdorff-Weinsberg's deals was brokered through veteran forestry consultant Roger Dickie, who was found to have breached OIO rules earlier this year over a similar deal.

Last month RNZ reported that more than 36,400ha of farmland has been sold to either domestic or foreign buyers to be substantially planted in radiata pine. Many of the overseas sales have been approved under a new special forestry test, brought in a year ago, to smooth the way for increased forestry investment.

The sales have raised the ire of farming communities in Wairarapa, Hawke's Bay and the East Cape, who fear population decline and losing rural services and jobs if farms are blanket-planted in pines.

A group lobbying against the sales, 50 Shades of Green, plans to protest at Parliament on 14 November.

Wairoa mayor Craig Little said the latest sales showed the special forestry test had got "totally out of control" and the government was not taking community concerns seriously.

"We were given promises and if it carries on it's going to be too late [to reverse]."

The OIO said it had approved 27 consents under the special forestry test in the year since it was introduced.

Of that "less than 20 percent" of the 73,200 hectares sold was farmland slated for conversion.

The OIO said it was "monitoring trends in forestry investments" and would carry out a mandatory review of the changes by October next year.

Mr Little said that would be too late: "Do it now."

Forestry Minister Shane Jones said earlier this month he was considering reining in conversions of farmland to forestry because of the rural backlash.

"I've asked for some advice as to whether or not what we should be promoting is forestry in marginal, precipitous country," he told RNZ.

The consent allows Pan Pac to make 25 transactions involving 20,000ha of land without seeking prior OIO approval and is valid until 2022.