A  foreign-owned forestry company has bought up more than 77,000 hectares of forests in just four years to become the third largest landowner in New Zealand.

She says the speed at which New Forests amassed the land is astonishing.

"They have gone from owning nothing in 2015, as far as we can tell, to now owning 77 and a half thousand hectares. they had an Overseas Investment Office approval just go through last month to buy another piece of land,"  Newton says.

It has more than $5 billion Australian in assets under management globally with investments in Australia, New Zealand, US  and Southeast Asia.

"I did find it really astonishing that a company could just acquire that amount of land seemingly without question," Newton says. 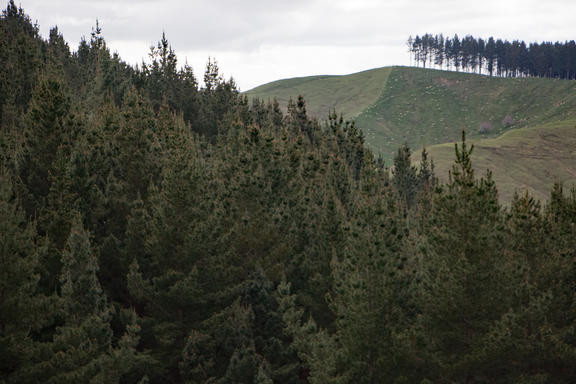 Farmers groups are worried about the ease and speed of land acquisitions by forestry companies -  the OIO aims to approve applications within 32 days through the special “streamline test” - and the huge amount of money involved.

Newton spoke to one farmer who'd had four offers for his farm, one was a "genuine" farming offer,  the other three were from forestry owners.

The highest bid from the forestry companies was 50 percent higher than the farming bid but the farmer accepted the lower offer.

Newton's investigation reveals that altogether 56 percent of New Zealand is privately owned land, within that  3.3 percent is in foreign hands, 6.7 percent is  Maori-owned.

At least 28 percent of the entire country is in public ownership, compared with say the UK where only 8 percent is public land.

Newton taught herself coding so she could crunch the data on more than two million property titles, work that took several weeks.

"We cut the  data a lot of ways to work out who owns what percent."

That showed that six of the 10 biggest  landowners  are foreign forestry  companies and when you look at how the land is spread amongst New Zealanders, about 4,500 people - or 0.1 percent of the population -  own 28 percent of the land.