Green Rush - An Austrian countess breached New Zealand's overseas investment rules while buying an iconic farm station to convert to pine trees, but was allowed to keep the property and was fined just a fraction of the purchase price.

The Overseas Investment Office (OIO) also found the New Zealand businessman who set up the land deal for the countess committed a breach of OIO rules, but it said it had no power to take action against him.

Countess Veronika Leeb-Goess-Saurau made headlines when she bought Hadleigh Station in 2018, paying $13.4 million for what was seen as a "showpiece property" of 1727 hectares of sensitive land, 15 minutes drive from Masterton.

The OIO told RNZ she bought the land without the proper authority, but it issued her retrospective consent and fined her just $10,000 - less than 0.1 percent of the purchase price.

The deal was set up by Roger Dickie Ltd, which specialises in finding farms and forests for investors and overseas buyers and has brokered forestry deals for clients from more than 30 countries.

In an interview at his home, off Paratai Drive, Orakei - one of the wealthiest parts of Auckland - Roger Dickie said there was only a minor breach of OIO rules and it was of little consequence.

He said that after lining up the countess to buy Hadleigh Station, he purchased the property using a nominee company set up to hold assets on his behalf.

He then used a deed of nomination to transfer the obligation for the purchase over to the countess. Dickie said that agreement had a clause in it that said the countess needed to get consent from the OIO.

But the OIO said permission should have been sought from the outset, before Dickie's nominee company bought the property.

Dickie described it as a technical breach. "There's no trickery or skulduggery. It's just what happens. But they have told us they don't want us to do it anymore so we won't be doing it anymore.

"We've never, ever signed an agreement with any overseas purchaser that didn't include the requirements for them to get overseas investment office consent before the purchase would proceed."

When RNZ contacted the countess' New Zealand solicitor to request an interview with the countess or a representative, she directed RNZ to speak to Dickie.

If the countess, who dates her noble status back to the 1600s and is married to an Austrian packaging magnate, hadn't been able to get consent Dickie would have been left with the $13 million property. But he said that would have been fine. "I'm big enough to be able to buy it myself anyway so it doesn't worry me."

However, Vanessa Horne, group manager of the OIO, said if an intermediary bought land with the intention of selling it to an overseas buyer, they must first tell the OIO. "That should be up front right from the very start."

Under the Official Information Act, RNZ obtained a compliance letter the OIO sent to the countess in November of 2018. It reads: "We are warning you that you must obtain consent before acquiring any interest … in sensitive New Zealand assets."

Horne said the breach by the countess was unintentional and that was partly why the fine was just $10,000.

She said the OIO had little power to penalise Roger Dickie Ltd. "I don't think there's anything in our regime that would enable us to take action against somebody like Roger Dickie or an intermediary company." 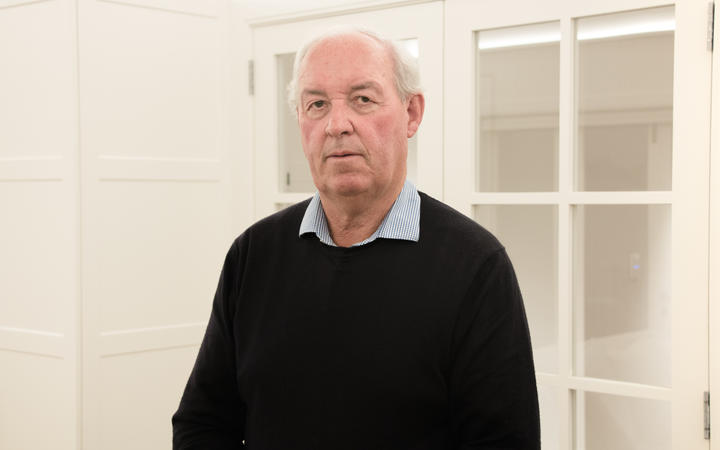 While Dickie said he wouldn't use the same purchase process again, he described the OIO's view that permission should be sought from the outset as "a bloody nonsense".

He said the OIO shouldn't be involved when a New Zealand company is buying land. "They're not involved at that stage. It is my company that has bought it. It's when my company then passes the contract on to the overseas person [that they should be involved] and we always have the conditions in there. So what does it matter?"

He said he used a nominee company structure because it "separates me personally from the contract" and made good business sense, in a similar way to putting assets in a trust.

The countess applied to purchase the property under the new special forestry test, which gives foreigners quick and easy access to sensitive land if they plan to use it for forestry, by a government eager for overseas money to help it hit tree planting and climate change targets.

Under the special forestry test, the OIO will turn around foreign purchase sign-off in as little as 30 days, and the buyer doesn't need to prove any employment or economic benefit to New Zealand, though they do need to meet the good character test and continue any public access arrangements originally in the title.

The OIO said between October of 2018 and the end of July 2019 it approved 16 applications under the special forestry test, involving 59,000ha. Six of the properties were forestry conversions.

The office said 11 of the properties were sold by New Zealanders and five were already overseas owned - resulting in a net increase in overseas ownership of 12,000ha.

A further two previously New Zealand-owned properties were sold to overseas buyers under the test in August - both also forestry conversions of farms.

Dickie told RNZ that in the 25 years he had set up sales for foreign investors, the OIO had never turned down a single one of his applications.

His business was also helping foreigners apply for visas by buying land in New Zealand and he said the company "is experiencing a large number of enquiries" after political turmoil in the UK and the US.

The Hadleigh Station deal was his second with the Austrian countess - in 2016 he brokered a $2.2m deal for her to buy a property in Hawke's Bay.

He has also done deals for other aristocrats. In August 2019, he sold the Bushgrove and Glentarn Station farms in Masterton to Austrian Count Johannes Trauttmansdorff-Weinsberg for $4.2m. That deal was also done under the special forestry test and turned two sheep and beef farms into a commercial pine forest.

"Some of them are very old families that have been going for hundreds of years with these investments. They like the exposure to the Asian market that we offer in New Zealand. They like the safety of New Zealand. Most of them have never been here before. The idea of flying 28 hours has never entered their minds before," Dickie said.

Dickie claimed the foreign investors were good for New Zealand. "They are not taking over the country - they're adding to our GDP."

Forestry Minister Shane Jones said 75 percent of New Zealand's forestry sector was already owned internationally and the new rules making it easier for foreign buyers were not increasing that substantially.

"We've actually just simplified it for the existing owners to continue to trade in and out. Any suggestion that there's been a massive loss of New Zealand farmland to foreign investors over the last 18 months is actually not backed up by the facts."

This story is part of a series, Green Rush, looking at forestry and land ownership in New Zealand.