The Green Party is in chaos after the shock announcement by two of its MPs that they have lost confidence in co-leader Metiria Turei.

Speaking exclusively to RNZ News, Kennedy Graham and David Clendon said they would resign at the election if Mrs Turei was still co-leader, because they regarded her position as untenable.

The long-serving MPs said her position on benefit fraud meant she was no longer fit to be co-leader.

"We do not believe that lying to a public agency - WINZ, IRD or any other - can ever be condoned," they said in a joint statement.

Mrs Turei has admitted to lying to Work and Income during the 1990s while on a benefit.

Dr Graham - who was ranked eighth on the party's list - said while he liked and respected Mrs Turei, he could not continue serving under her leadership.

He could not abide Mrs Turei's comments appearing to condone other people breaking the law, he said.

"If that is party policy, I'm not in that party."

Dr Graham said he first raised objections the night Mrs Turei made the admission while launching the party's families' package.

"The intent is not to damage the party," Dr Graham told RNZ News. "The intention is... to seek to restore credibility and integrity."

"It's more in sorrow than anger. This is not an angry position."

Speaking to media, Green Party co-leader James Shaw said he had a great deal of respect for both MPs but they could no longer stay on in the caucus.

He acknowledged the situation was "messy" and apologised to party members for what had happened.

"I think this is just a blip". 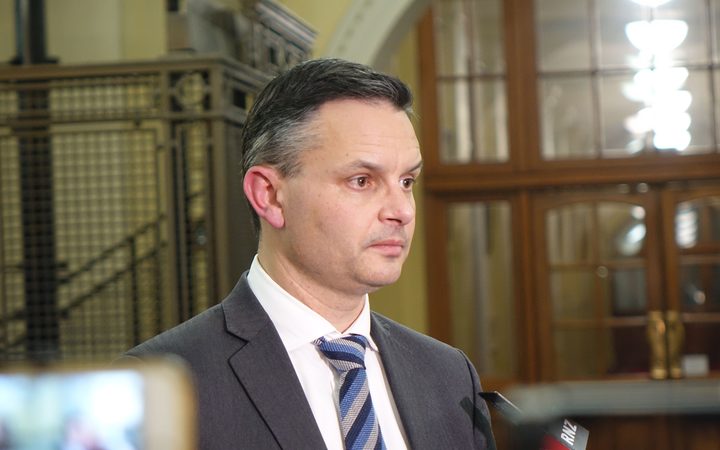 Mrs Turei ruled herself out of holding a ministerial position if Labour and the Greens can form a government after the election, after admitting to using another person's address to register on the electoral roll so she could vote for one of her friends.

Mr Clendon, who is the party's musterer, said he made the decision with "genuine regret," but believed Mrs Turei's judgement was "flawed" in deciding to stay on.

Meanwhile, a senior party source has hit out at the MPs, telling RNZ they were "disgruntled" and "grandstanding".

Both Dr Graham and Mr Clendon had done "next to no campaigning" for the Greens so far and were "going to quit anyway," the source said.