Metiria Turei has admitted enrolling at an address where she was not living in 1993, saying she did it to vote for a friend who was running as a candidate. 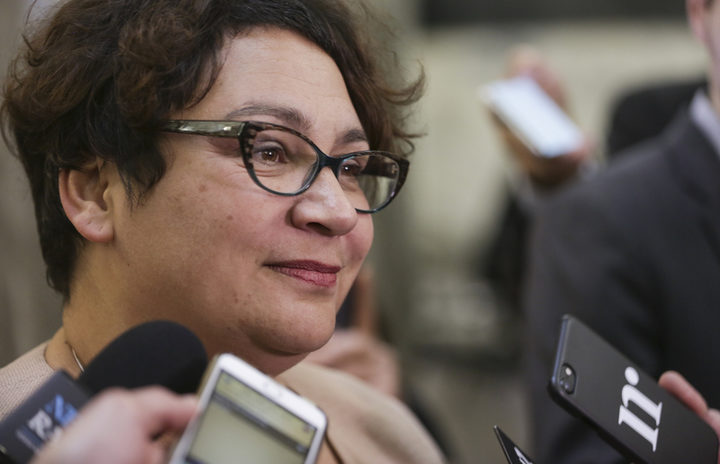 The Greens co-leader has denied living with her daughter's father at the time she was claiming a domestic purposes benefit, despite her name being listed on the electoral roll at the same address at the time.

Newshub reported that an official listing of addresses showed Ms Turei listed at the same address as Paul Hartley, in both 1993 and 1994.

Ms Turei said her name was listed at the address so she could vote in the electorate, but that she now realised it was a stupid thing to do.

"That was for the purposes of the electoral roll. I wasn't living in that house. And this will sound really dorky, and I totally understand that, but I put myself on the electoral roll there because at the time, the 1993 election, my best friend was standing for election in that seat, and I wanted to support her."

In a statement, Ms Turei maintained she was the solo provider for her daughter and was fully financially responsible for them both.

"That was a mistake - one of many I, like many other people, made as a young person.

"I also wish to confirm that my mother was my flatmate for a period during the mid-1990s. We were financially independent while living together in the same home."

Turei had 'no legal right to enrol', says law professor

Otago University law professor Andrew Geddis said a person could only enrol at a place where they had been a resident for at least one month and they must enrol at the place they last resided at.

"If Ms Turei never actually lived in the property with her child's father, then she had no legal right to enrol there to vote.

"That would mean that her enrolling is an offence under, as it was then, the Electoral Act 1956, which technically is punishable by up to three months imprisonment," he said.

The vote would also be invalid, Mr Geddis said.

But he said prosecutions were not taken up for the offence, and the time to take any action - six months from the date the offence was committed - had long since passed.

"We're talking about the actions of someone who was 23 at the time... 23-year-olds have been known to do stupid things, especially when they want to support their friends," Mr Geddis said.

"As a politician, she certainly shouldn't be doing things that call into question the electoral process but, once again, I don't think any other New Zealander would be hung for what she's done."

Ms Turei also spoke on Thursday to investigators from the Ministry of Social Development.

She revealed last month she lied to Work and Income about flatmates as a young solo mother in the early 1990s so her benefit would not be reduced.