Green Party co-leader Metiria Turei has been grilled about her benefit history at a meeting with investigators from the Ministry of Social Development.

The ministry is investigating after Mrs Turei revealed last month she lied to Work and Income as a young solo mother in the early 1990s so her benefit would not be reduced.

Mrs Turei said she was asked very personal questions and if it wasn't for her law degree and experience as an advocate, or had she still been a beneficiary, it would have been a lot worse.

She had gone into the meeting saying she was nervous, and had emerged appearing a little shaken.

"That's part of what we're trying to show people, that it's very hard to deal with the agency. They were very good to me, but I don't think that's the experience of most people who have to deal with MSD."

Mrs Turei said the meeting added weight to her view that the welfare system was broken. "We need to have a more compassionate system. I just think it's set up in a way that punishes people for being poor."

She reiterated she will pay back any money she owed, although that amount was still unknown. The ministry would send her a list of questions to answer before another meeting was set up, but there was no indication of whether that would happen before the September election.

She again acknowledged providing those answers could open her to prosecution. "I knew that when I first talked about my case in an attempt to open up the discussion about what welfare is really like - but I have said I will work with them in their investigation." 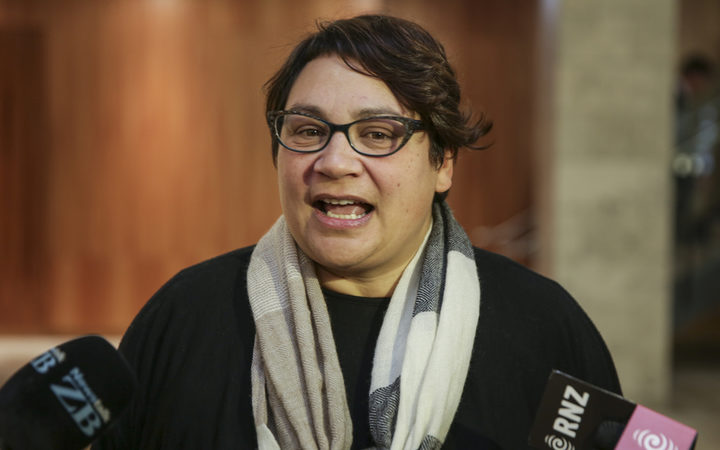 But it was while she was at law school between 1995 and 1998 that she deliberately did not tell Work and Income how many flatmates were living with her, because she did not want her benefit cut. That situation occurred in three different flats.

She said that since speaking out, she had learned of others in the same situation.

In Parliament last week, Mrs Turei asked the government to offer an amnesty to every current beneficiary so they could talk to Work and Income about their full entitlements without risking investigation or financial punishment.

The ministry declined an intervew on today's meeting, saying it could not comment on details of a current case.

But in a statement, a spokesperson said its staff would act with "their usual high level of professionalism" throughout the investigation.

"As is our standard practice with these types of cases, we are obliged to look at all of the information available to us and will proceed with any lines of investigation that are relevant."