Green Party co-leader Metiria Turei has revealed she lied to receive more benefits while struggling to raise her daughter on her own.

She told the personal story this afternoon while announcing the party's $1.5 billion families' package, which targets beneficiaries and people on Working for Families. 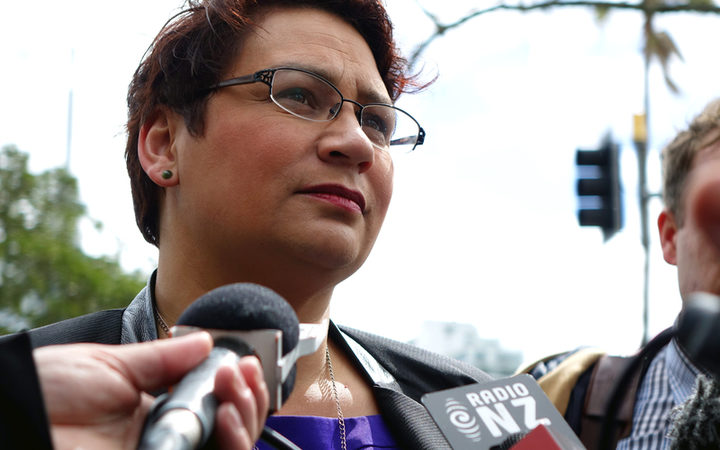 As part of the policy, the party would drop the bottom tax rate to 9 percent and put a new top tax rate of 40 percent on income over $150,000.

It would aim to increase all core benefits by 20 percent. This would include Jobseeker Support, Sole Parent Support, Supported Living and the Student Allowance.

"I was one of those women who you hear people complaining about in talkback radio," she said.

She never told Work and Income how many flatmates were living with her, she said.

"They could have charged me with fraud and made me a criminal as well. I got through it, of course, as you can see. Not everyone does."

"There is no way you can know just how intrusive, how denigrating it is when you apply and receive a benefit, how fearful you are that you might say or do the wrong thing and have your benefit cut."

The co-leader said her own personal story, as well as the tales of others, were the inspiration to create the package, which would be "the most significant changes to our welfare system in a generation".

The policy would also remove the financial penalties and sanctions currently in place for failing drug tests, not showing up for appointments or not applying for jobs.

The amount people could earn before their benefit was cut would be increased, and Working for Families would be boosted.

The policy would also get rid of the in-work tax credit, which has been criticised for discriminating against people unable to find work.

It would be replaced with a children's credit, which would give an extra $72 a week to low-income families.

The minimum wage would be raised from $15.75 to $17.75, and the Green Party pledged to keep increasing it annually until it was 66 percent of the average wage.

Mrs Turei said the party estimated the plan would lift 350,000 families out of poverty.

The party said the entire cost of the policy would be $1.468bn and the changes to the tax sytem would increase revenue by $163.4 million.

The Green Party is currently holding its annual general meeting in Auckland.

Delegates and members yesterday heard from Zack Exley, who worked on Bernie Sanders' campaign to be the Democrats' US presidential candidate.

The party said it had been learning a lot from the Sanders team and, as a result, had already made more phone calls, knocked on more doors and gathered more volunteers than during its entire 2014 election campaign.

The Greens also announced a policy that would raise oil royalty rates from 46 percent to 70 percent to pay for an infrastructure fund to help the country become carbon neutral by 2050.

Over 300 delegates and members are at the AGM, which continues today.