Fighting for families and the Greens' secondary explosive device

Join Guyon Espiner, Lisa Owen and Tim Watkin for RNZ political podcast Caucus as they aim to guide you through the maze of politics to Election 2017.

In today's episode, Green MP Barry Coates' ill-considered suggestion that the Greens might prefer a second election to a Labour-New Zealand First coalition, which could keep his party on the sidelines, pushed coalition politics to the top of the hosts' agenda. 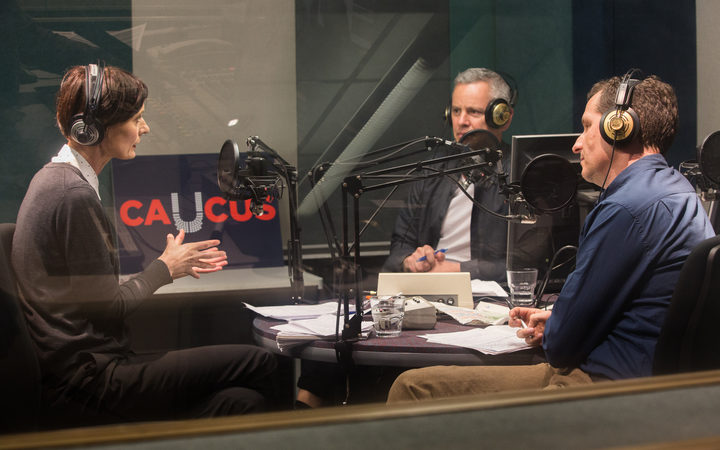 Coates is the Greens' newest MP, having entered Parliament on the list in October last year when Kevin Hague resigned. He told Newshub this week that Labour and New Zealand First could not take Green Party support for granted if they tried to keep them out of any coalition talks.

Picking up on comments by Greens co-leader Metiria Turei at the weekend, he said a Labour-New Zealand First government would be unacceptable to the Greens, then went even further, suggesting that if numbers allowed, they could force another election.

Greens co-leader James Shaw promptly shot down Coates' comments, telling Morning Report Coates was wrong and he was "essentially being nuanced when he should have been unequivocal and I have spoken to him about it".

So, after Turei's accusations that New Zealand First practised "racist and divisive" politics, what are the Greens up to?

Meanwhile, with the release of Labour's families package this week, we now have the big two parties fighting for the family vote. The promise of a baby bonus and winter fuel payments stood out, but the package also faced accusations of being over-complex.

So who has the edge? What do voters get from each? And what do their positions reveal about the parties' wider strategies?

Finally, National allocated its $1 billion infrastructure fund this week. Did it all go to plan? That's this week's Caucus.