Prime Wellington land earmarked for a substantial development is being described by some iwi as too sacred for housing. 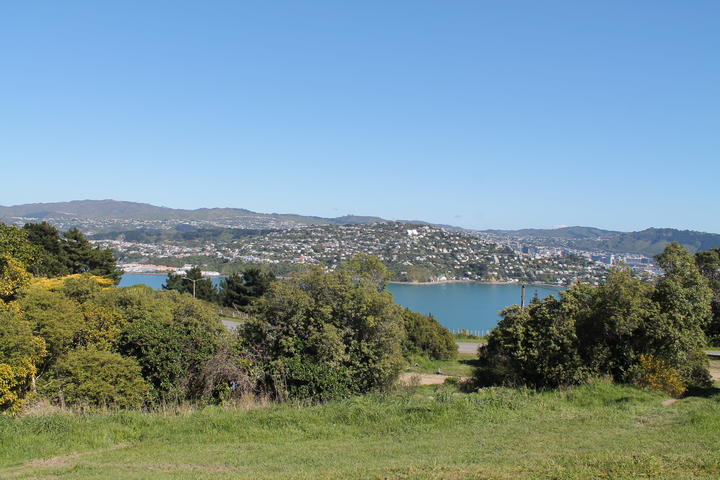 The view looking west at the rear access point to the prison: Evans Bay and Matairangi. Photo: RNZ / Harry Lock

Government officials are working with a Māori settlement trust to develop the site of the old prison at Mount Crawford, on Miramar Peninsula.

The 1920s prison, with views over the entire harbour, is currently sitting dilapidated, empty and closed.

Plans are to build a 300-house development, which would include demolishing the prison, and replacing it with housing. The entire section, however, would cover much further than just the current prison boundaries. 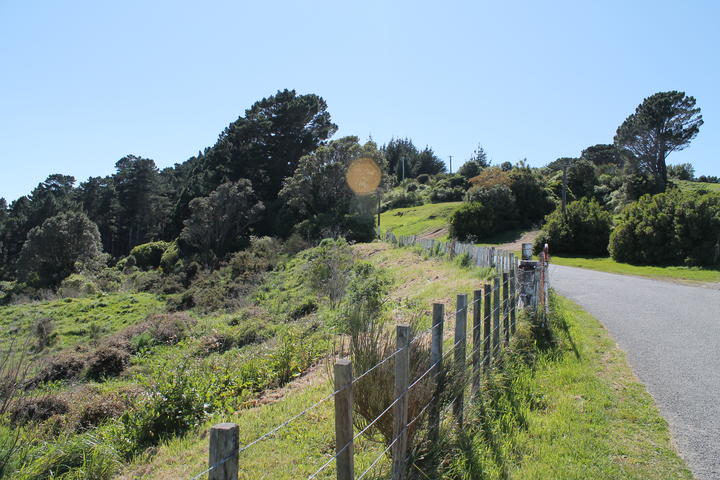 The road leading up to the prison. Under current concept plans, houses would be built on either side. Photo: RNZ / Harry Lock

The development would be done as a partnership between Port Nicholson Block Settlement Trust (PNBST) - which manages land owned by Taranaki Whānui - and the Ministry of Housing and Urban Development (HUD).

But some members of Taranaki Whānui do not believe the land should be used for housing. 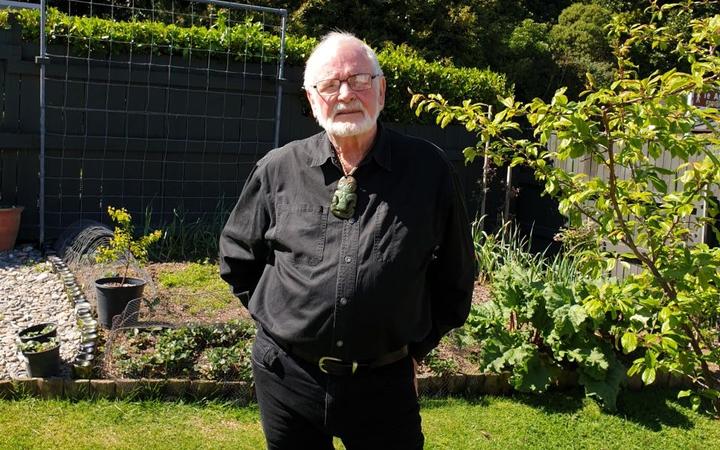 "The whenua - that land up there - Mt Crawford, is to our thinking sacred land," said the chair of Mau Whenua, Hirini Jenkins-Mepham.

Mau Whenua is a group of Taranaki Whānui members, and had previously opposed the plans of Port Nicholson Block Settlement Trust at Shelly Bay.

"It has a history and a history of original visitation by Kupe," Jenkins-Mepham said. "We know that some of his dependants descendants lived there. We know that various iwi over generations have lived here.

"There are signs of their presence, their urupā, their pā sites, their kāinga, there've been lookouts. There's evidence all over.

"And it's too sacred just to be covered by cheap build housing."

Whether the land is even capable of having 300 properties built on top of it is a separate matter, and is currently being investigated by the Ministry of Housing and Urban Development.

Work here, however, is advancing - when RNZ visited the site last week, a surveyor was going round assessing the land, and the ministry said they are meeting regularly with officials from the Trust about the plans.

No consultation or engagement with iwi members

Jenkins-Mepham said what was most galling is the fact that the Port Nicholson Block Settlement Trust had not even bothered to ask iwi what they want to see done with the land. He believes it should be tūrangawaewae - a place to stand - for iwi.

"The voices of the people have not been heard. Or perhaps I should say, they may have been heard, but they're not being listened to," he said.

"And we have significant pieces of land, particularly land which has that sacred value, that cultural heritage type land.

"We need to be part of it, we need to have our voices sought, listened to and acted upon. And that's the basis of a good democratic process. And quite frankly, that hasn't happened." 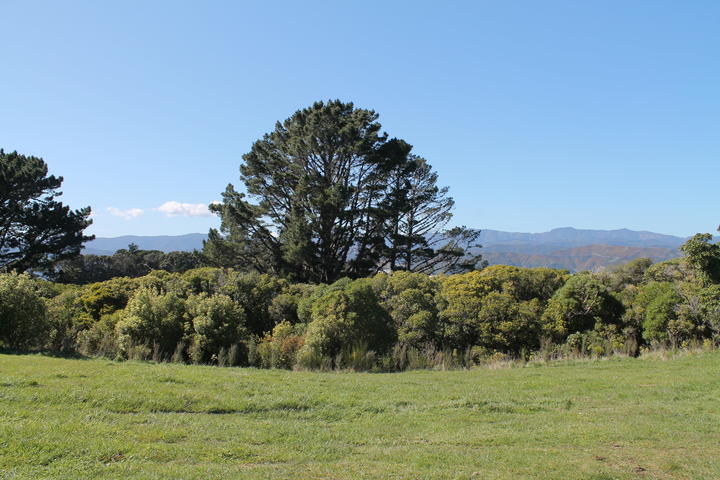 The view looking west at the rear access point to the prison: the Remutaka Ranges. Photo: RNZ / Harry Lock

The context to this is the ongoing legal action between Mau Whenua and the Port Nicholson Block Settlement Trust.

The Trust used to own a significant portion of land at Shelly Bay, on Motu Kairangi's western coastline. But in 2017 and 2019, they sold the land in four separate parcels to the property developer, The Wellington Company.

A High Court appeal against that sale of land is scheduled for early next year. Mau Whenua, which is bringing it forward, alleges the sale of land went against the wishes of iwi members.

It comes after a report by the Māori Land Court in August found thousands of iwi members did not get a say due to failings of the iwi membership system. 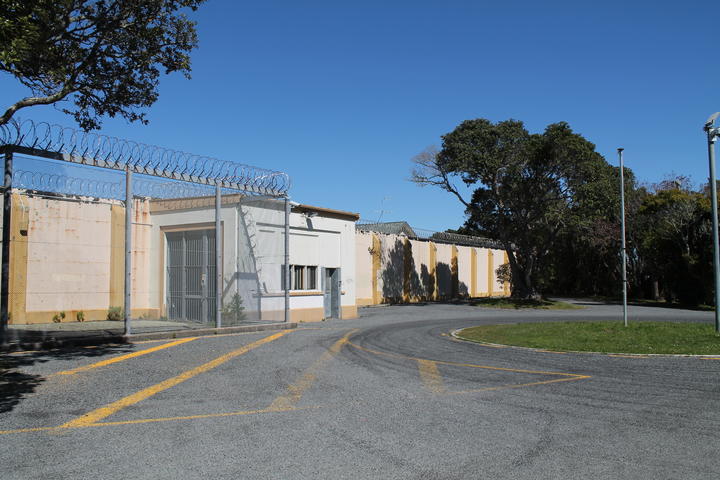 The Wellington Company is involved once again with the development at Mount Crawford, though in what capacity is unknown.

The document said they "would be utilising the development expertise of TWC ... and will be exploring development structures to enable TWL [Taranaki Whānui Limited - the financial arm of the PNBST] to develop the site."

The nature of those "development structures" is not elaborated on.

"We don't know and we haven't been provided with [that] information," Jenkins-Mepham said.

An alternative vision for the peninsula

The Port Nicholson Block Settlement Trust has been criticised by Mau Whenua as being too centred around asset growth. 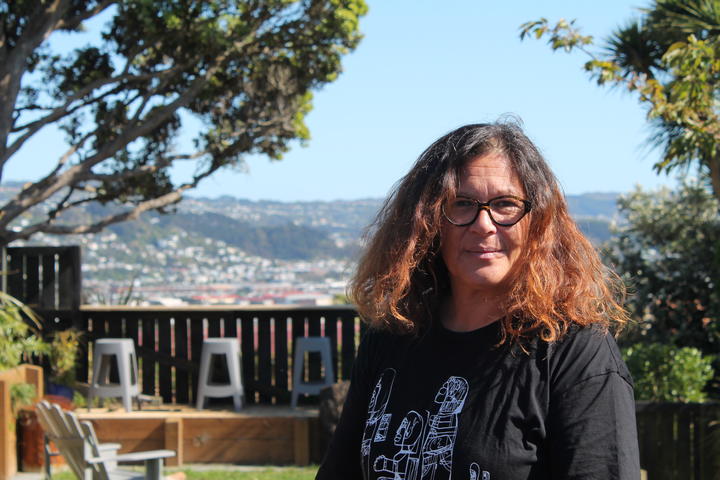 "It's not just any old trust, it is a Māori settlement trust," said Kenney Jean, a member of Mau Whenua.

"The trustees that were there don't all come with commercial asset growth savvy, and so it was right to create an arm of people, which was the commercial arm Taranaki Whānui Limited, it became called, whose only job is to look at how to grow asset and real estate.

"But it's not the only focus. There is also working within a Te Ao Māori perspective, and considering communal ownership and how Māori view whenua - the land - and the people that surround it and the environment.

"So what has happened unfortunately in the Port Nicholson Block Settlement Trust is they have given over to being a commercial asset growth business, with a few little things tacked on the side."

Jean is also a member of the Motu Kairangi Design Group - a collective of architects and Miramar residents - who are proposing to make the entire tip of the peninsula into the Whātaitai National Heritage Park.

Alongside other attractions, on the site of Mount Crawford, they are proposing a cultural centre, telling the stories of all iwi who have inhabited the lands.

"We want to look at a vision that is not in a city councillor or council offices term, it is actually looking at a 500-year term.

"It's looking big. It's not looking at simply painting the existing buildings down the hill in Shelly Bay - it is looking at what we can do for our children's children. For those children that we will only ever meet in spirit, we won't see the fruition of the body of work that we would like to propose and gift to the people."

The Design Group is pitching their concept to Taranaki iwi this weekend.

"And if they said, 'we're not interested', we will end it there," she said. "Because at the end of the day, it's their land."