New Zealand First leader Winston Peters has used a speech at Orewa to call protesters objecting to a housing development at Ihumātao "malcontents who got so much unjustified publicity, sticking mainly in the throat of traditional Māori".

He says his party said no to Labour "three times" during the search for a solution to the situation at Ihumātao, and refused a request from its coalition partner to invoke the "agree to disagree" clause.

"For us, it was a matter of deep principle. For us, it was fundamental to whether we maintained confidence in Labour. So we told Labour that. And staved off any action before the election."

Peters says Labour will do a deal over Ihumātao if elected - and that deal would cause a "domino effect".

"All of a sudden new 'sacred ground' will be discovered all around the country. And if that happens the whole Treaty framework will unravel and the cost will be unbearable." 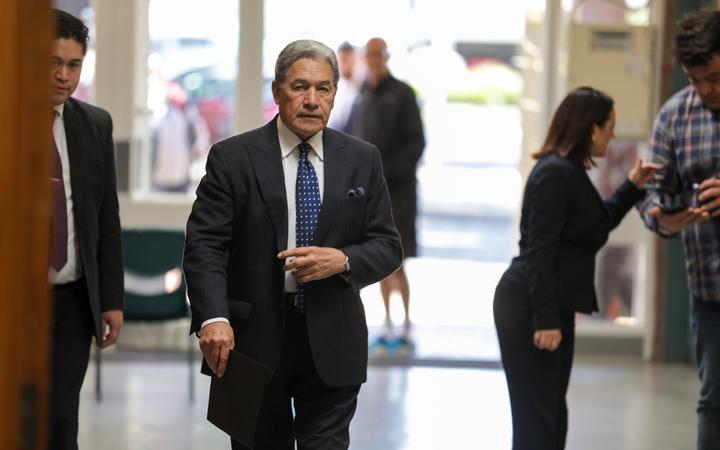 Peters says Labour leader Jacinda Ardern "halted the Fletchers housing development at Ihumātao" without consultation New Zealand First, which should have occurred as per their coalition agreement.

"That intervention was a terrible decision. The land's history was that it was freely sold to Fletchers by the local iwi, the keepers of the land."

He criticised Pania Newton, who led action to stop the housing development including an occupation of the land, saying she "sought to overturn a legitimate sale. Worse, she seeks to create an entire new wave of Treaty claims. To perpetuate grievance, to unpick settled Treaty architecture." After delivering his speech, Peters was asked why he chose Orewa to deliver his speech, he said: "Because we are in a campaign and every day we have things to announce. I chose Orewa because this is the place I sought to announce it. There's nothing special about that. Have you got a problem with the people of Orewa hearing the truth?"

He rejected the idea his speech was inspired by Don Brash's 2004 Orewa speech.

He was also asked if he was race-baiting with his speech.

He replied: "If you want to make a provocative statement like that as though you don't care about this country's future, you go right ahead. But I'm here saying how important it is for everybody, including Māori, to have a unity pathway forwards. We can't go ahead with this divisiveness." 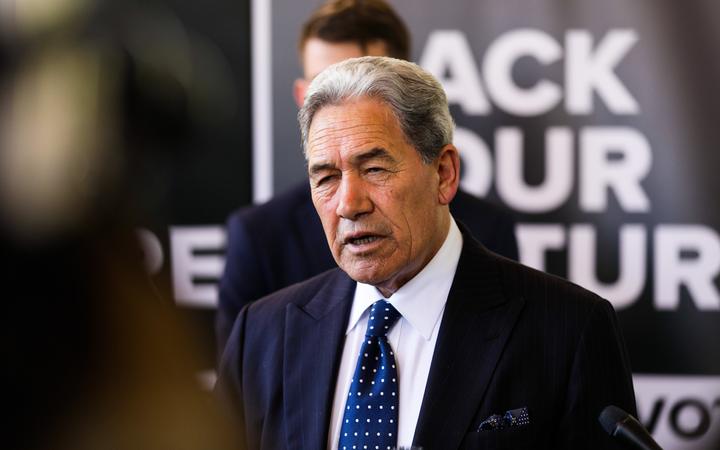 And asked if New Zealand First was engaging with an iwi/Kiwi framing because it was getting desperate, Peters said: "If you want to come along and demonstrate your inability to understand the important issues in this country, you go right ahead. When the election's over, we'll see about people who think like you.

"In this sense, this country can not go forward with the kind of disjunctive, racist misunderstanding of Māoridom. What you're saying to Māori people and Māori tradition is 'We don't care about, we care about wokeism and popularism and separatism and every other thing that's bad for our society'."

Save Our Unique Landscape (SOUL) is the protest group leading the occupation at Ihumātao and spokesperson Qiane Matata-Sipu says: "What I have read of his speech ... I did see the content of it. First of all, he is lying. A lot of the kōrero in his speech is absolute lies. And if he is campaigning on lies and scaremongering then that's very dangerous. 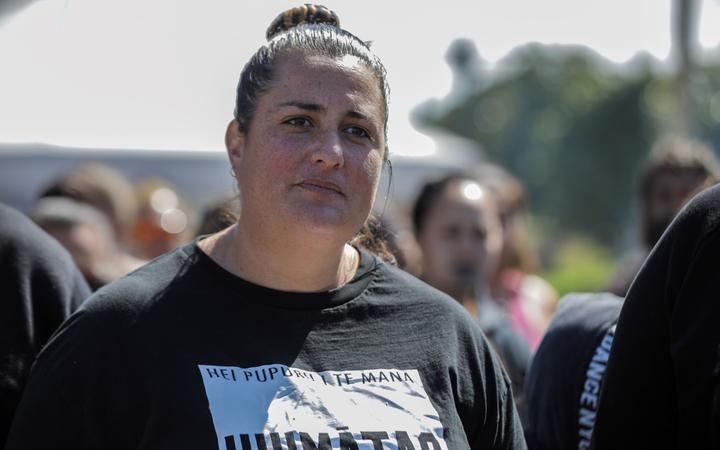 "The second one is that he says that Pania Newton is not mana whenua. First of all that is clear defamation. It is absolutely an insult and it is completely rude for someone who has no connection to Ihumātao, who has not been here, who does not know our whānau, our whakapapa, our marae hapu or iwi to claim that someone does not whakapapa or does not have mana whenua there.

"I'm hugely not surprised but disgusted at the fact that he has gone out today and just blatantly lied to scaremonger to win votes."

She said people were still living on the whenua at Ihumātao, and questions about progress towards a resolution would have to be put to the government

Labour says it will keep working towards solution

Labour's finance spokesperson Grant Robertson said: "If we are in a position to form government next term Labour is committed to continuing our work at Ihumātao and finding a solution with all parties involved.

"We have been working hard with all parties involved and believe we can find a solution next term. Labour wants to thank all the parties involved for their work to date. In particular we want to thank Kiingi Tuheitia and his officials for their leadership in this process."

It has been well reported that the coalition government was working on a solution and all parties were aware of that, Robertson said.