A West Coast iwi leader says the region's new combined district plan is a chance for councils to crack down in a more consistent way on problems caused by freedom campers.

Paul Madgwick, the chairman of Te Rūnanga o Makaawhio raised the issue at a meeting of the TeTai Poutini Plan committee this week.

The committee has begun to tackle rules and objectives for tourism and open spaces as it works on the draft plan it aims to complete before the next local government elections.

Madgwick said the Pounamu Pathway project, with its new tourism hubs up and down the Coast, was exciting and would change the landscape of cultural tourism from Kawatiri down to Awarua-Haast.

"What we do need to be careful of, of course, is over tourism," he said.

"We've had that; been there and it wasn't a good experience for the West Coast - we haven't had any consistent rules around freedom camping. It's been left to the whim of each council and individual leaders and it's created something that's hard to hold the tail of."

Planner Lois Easton told the council leaders the plan needed to recognise the importance of tourism to the West Coast economy and also provide ways to deal with its adverse effects.

While the industry was going through a "pretty ghastly period", it was hoped that would not be the case by the time the new plan came into force, in 2024, she said.

But freedom camping was not something the planners would be loading onto the new plan, because it already had its own legislation.

The Freedom Camping Act gives councils the power to regulate freedom camping, enforce rules and fine offenders - but prevents them from banning it outright.

Council bylaws would still apply under the new plan, but if councils wanted to create some common rules on freedom camping they could possibly do so under 'temporary activities', Easton said.

Madgwick said a number of informal freedom camping sites had popped up on non-council land like the one on NZTA road reserve at Dochertys Creek near Franz Josef.

Campers there had defecated in a creek from which farms downstream took their water, he said.

The key issue for councils was enforcing freedom camping rules and the government was now making funds available to help with that, Easton said.

The Makaawhio chairman also squelched any suggestion that Ngāi Tahu was keen to develop its own version of freedom camping, in nohoanga - traditional camping and food gathering sites returned to the iwi in its 1996 Treaty settlement. 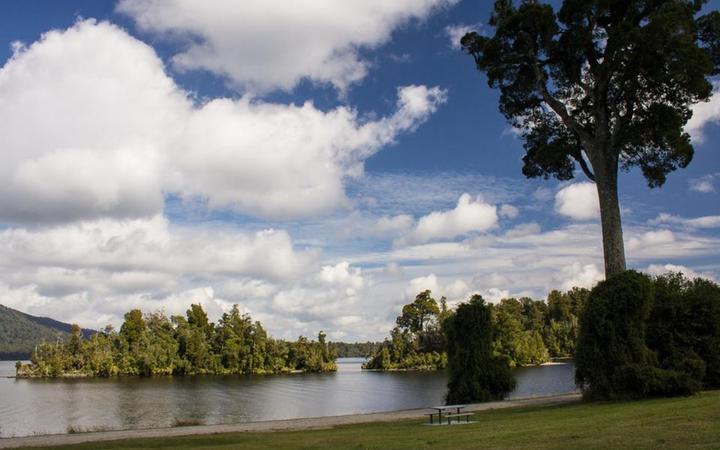 Whānau had the right to stay at such sites, once they were activated, for several months, he said.

"This [draft plan] says Ngāi Tahu is actively seeking to bring these sites into use through the provision of showers and toilets. Well, no," Madgwick said.

The power to activate the nohoanga lay with the rūnanga but none of the 20 or so sites around the West Coast had been activated and there was a reason for that.

The sites were in desirable places like Hans Bay near the baches at Lake Kaniere or on good white-baiting rivers, the Makaawhio chairman said.

"What we don't want to see is a shantytown effect or the bros rocking up with a couple of campers and next thing they've got a little town up with the washing hanging out right beside the road - that's the last thing we want."

Lois Easton said she had taken the statement in the draft plan from the Ngāi Tahu website, so it could be that the iwi was looking at activating nohoanga sites elsewhere.