Authorities around the South Island are saying this summer has been the best yet for freedom camping - with improvements in behaviour and central government support. 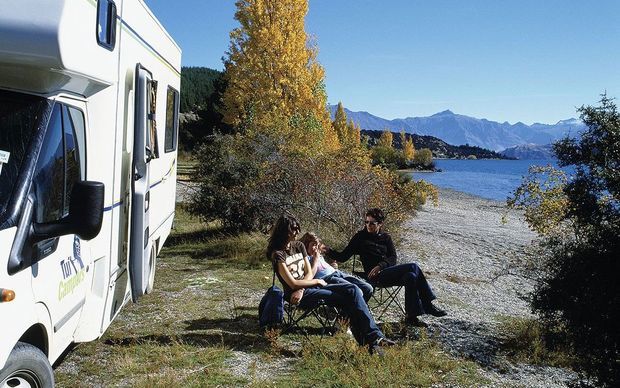 But those at the coal face are not convinced. And many of the island's pressure points remain under strain.

Last summer tempers frayed around the south as communities came under the strain of thousands of freedom campers.

Communities such as Queenstown, Nelson, the West Coast, and Mackenzie District could not cope with the volume of visitors needing facilities in comparison to their relatively small number of ratepayers.

But after an education campaign targeted at visitors, a tightening of regimes around the South Island and the government stumping up more than $8 million to help local councils in both islands - Queenstown Lakes Mayor Jim Boult said things were improving.

"[It's been] much, much better than previous seasons, in particular the past two seasons," he said.

"Complaints from locals about freedom camping issues have dropped dramatically and that's a very good yardstick to judge by."

The council introduced hubs in Queenstown and Wanaka, and introduced rules which allowed them to clamp non-compliant freedom campers - a measure turned to 31 times over the summer.

Throughout the South Island 2490 infringements were issued, with 60 percent of those in the Queenstown Lakes District.

That was unsurprising considering about 11,000 campervans had been through the district's hubs this summer, Mr Boult said.

"You've got to take into account we are the prime tourism area in New Zealand, let alone the South Island, so naturally we are going to have our share of people that don't do the right thing.

"Doesn't matter how good the messaging is, there's always going to be some people that don't know the rules or don't want to follow the rules."

Westland District Mayor Bruce Smith said the introduction of a freedom camping bylaw had improved things in the area.

"The bylaw itself has worked extremely well from my observation," Mr Smith said.

Mr Smith said he had a lot of sympathy for accommodation providers and his preference was for central government to ban freedom camping nationally unless territorial authorities decided to allow it within their districts.

He was among a group of Lake Hawea residents who took things into their own hands when freedom camping got out of control at Craig Burn - an area where camping is banned.

"Tourism numbers keep growing in New Zealand and, even though the council have set some of these hubs up, I haven't met a New Zealander who's proud of the hubs and we're all sick of freedom campers.

"They're free loading on New Zealand's economy and they're also destroying our environment which is the key thing that brings tourists to New Zealand. I think we're killing the golden goose."

Councils should be supporting local camping grounds and directing campers towards them, Mr Burdon said.

Freedom camping bylaw fines issued in the South Island between December 2018 and February 2019.