A proposal to scale back summer camping in the Gisborne district where dune erosion could undermine State Highway 35 - and last summer exposed human remains - will be put to district councillors on Thursday. 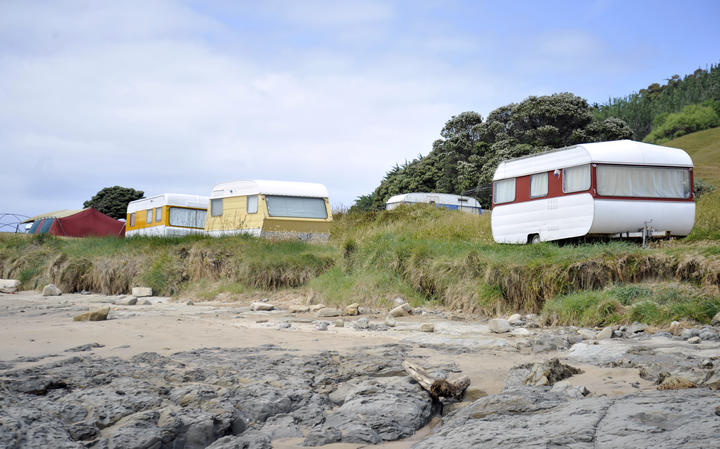 The remains were unearthed in dunes at Pouawa earlier this year and raised questions from campers about the area's status as a wahi tapu (sacred place), a report to councillors said.

Gisborne District Council began a review of its camping regime earlier this year and hoped to have changes in place by the coming summer.

During daylight saving, it operates campgrounds in nine locations throughout the district, while freedom camping is possible year-round.

As well as recommending that summer camping areas be managed under the freedom camping bylaw, council staff have suggested altering the boundaries of some of those areas where erosion is a problem, such as at Turihaua Point and southern Pouawa.

They report that camping in these areas is "likely having an impact on the already compromised dune systems" and point to damage caused accidentally by vehicles and pedestrians, and deliberately, such as steps cut into dunes for beach access.

Unstable dunes - thanks to camping activity, as well as rising sea levels and coastal erosion - would put at risk the integrity of sections of State Highway 35, including at Turihaua Point and southern Pouawa, they warned

However, summer campgrounds make the council up to $55,000 a year through permits that campers need to purchase to stay at the sites.

Under the freedom camping bylaw, campers will be allowed to stay a maximum of three nights at each campground for free.

The council is proposing to allow the permit system to continue during daylight saving for campers who want longer stays.

The council will also be able to issue fines for rule-breaking, something they cannot currently do for summer camping areas, which are controlled under Camping-Grounds Regulations 1985.

But council staff expect those fines to generate no more than $20,000 a year and to peter out as compliance improves.

Other proposals include making freedom camping in the region possible only in a self-contained vehicle or tent with a chemical toilet, except for "one or two small car parks" in Gisborne city, where one night's non-self-contained camping will be allowed between 7pm and 7am.

Given the Covid-19 disruption, the council plans for changes to summer camping to take effect from May 2021.