Community checkpoints have garnered support from local councils, police and hundreds of volunteers determined to keep their communities safe - but they remain a polarising topic among some MPs. 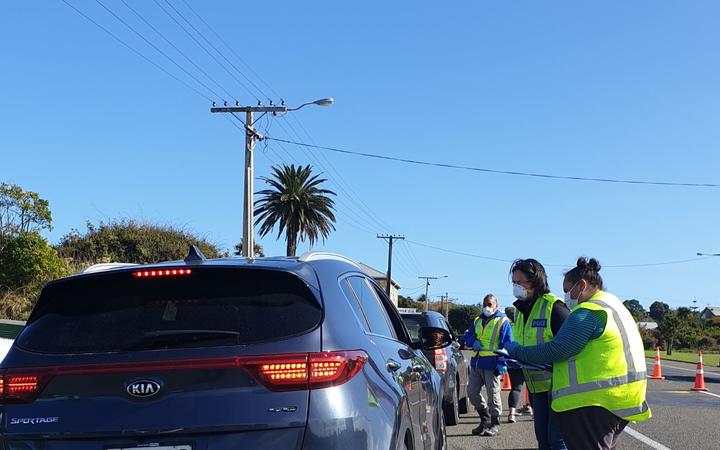 Ngāti Ruanui and Ngā Ruahine set up a checkpoint at Patea with police support. Photo: Supplied

A social justice advocate says it is underpinned by racism - and an effort to score cheap political points.

Community checkpoints were quickly erected across the country when alert level 4 began, with supporters declaring they were a necessary step to ensure vulnerable communities were kept safe.

Since then hundreds of volunteers, many of them Māori, in areas like Northland, the East Coast, Taranaki and Bay of Plenty, have spent their days stopping drivers and turning those who posed a risk away.

But they haven't done it alone. Councils in Ōpōtiki, Taranaki, and Gisborne have publicly backed the checkpoints, and police have been deployed to help manage them too.

But that hasn't stopped MPs, like National leader Simon Bridges, from calling them "illegal" and questioning whether they should be operating at all.

Police Commissioner Andrew Coster has repeatedly told MPs the checkpoints operating across the country are legal because police are present and operating them.

He has also welcomed any information about checkpoints where police aren't present to ensure that they can work alongside communities to operate them safely and within the law.

Social justice advocate Julia Whaipooti said it was disappointing some MPs had used the community checkpoints as a ploy to score political points and undermine a successful movement led by Māori.

"What underpins this really is racism," she said.

"Like Simon Bridges questioning to the police commissioner during this time, it really comes from a way to antagonise and incite racist views and fears from people, and to get cheap political points. That's not what we need."

She believed such opposition wouldn't have existed had the checkpoints been led by Pākehā. 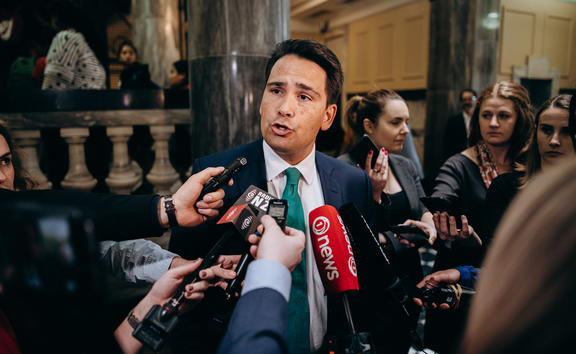 In a report released yesterday, the Human Rights Commission said the community checkpoints were a positive example of Treaty partnership in action.

"Then community-led checkpoints, working with police, is a practical expression of the Tiriti relationship and I think that's something to be upheld, and obviously the Human Right's Commissioner has pointed that out as well."

Bridges, in a statement, said he stood by everything he said at the epidemic response committee meeting yesterday.

"It doesn't matter whether these checkpoints are operated by Māori or Pākehā, they are illegal."

Other MPs such as National's Matt King and Act leader David Seymour have called for the checkpoints to be shut down, citing reports that some drivers felt unsafe and were being verbally abused.

But Deputy Police Commissioner Wally Haumaha said none of the complaints police had received, including a claim by Bridges that gang members were intimidating drivers in Maketu, have been substantiated.

"We've got staff to go in and investigate what those issues were all about. Of course, you've heard that there are gang members on these checkpoints but that just hasn't been the case," he said.

"I have had no reports of abuse come through to me."

He said the political discourse on the community checkpoints had been a distraction from the reason communities set them up in the first place.

"It's been extraordinary that this has become a distraction from what has been in front of us," Haumaha said.

"That's about the prevention of the virus spreading. Some of these isolated communities didn't have access to immediate medical services. The issues that they discussed were about the low immunity levels of their people, of their elderly, and of their pakeke."

Racism runs deep in NZ. When Maori exercise our rights and where te Tiriti relationships are being honoured and exercised with NZ police, actions are 'criminalised' and heaven forbid resources/funding could've possible been devolved (which in this case haven't). https://t.co/HXmtceWNn1

Taranaki iwi Ngāti Ruanui and Ngāti Ruahine have only recently erected checkpoints in the region.

South Taranaki Mayor Phil Nixon said he hadn't received any reports of drivers being abused, and he was thankful for what the local iwi were doing.

"I really support what they're wanting to do to protect our community. They're going to great lengths to look after us."

Haumaha said police would continue to work alongside communities under alert level 3.

He said that may change under alert level 2, when the risk of transmission of the virus had decreased, and more cars were on the road.

Police have said they do not encourage community checkpoints, but are willing to work alongside communities should they deem a checkpoint necessary.

On their website, police say they will work alongside communities to ensure checkpoints do not prevent lawful use of the road.

"Where communities have determined to undertake checkpoints to prevent the spread of Covid-19, police are working with those communities and other agencies to ensure checkpoints are safe and not preventing lawful use of the road.

"Working in partnership with the local authority, the local Civil Defence Emergency Manager, local Iwi, community groups and police, we will assess whether checkpoints are needed or if there are other solutions.

"If Covid-19 checkpoints for vulnerable communities are deemed necessary for the overall safety and wellbeing of a community, the will be operated by district police alongside community members and will be conducted in a safe manner, according to police operational guidelines and practices."