Lobby group Hobson's Pledge has started a nationwide petition calling for the end of iwi-led "vigilante" checkpoints and has chosen a photo of the Murupara team to illustrate every social media post related to the topic. 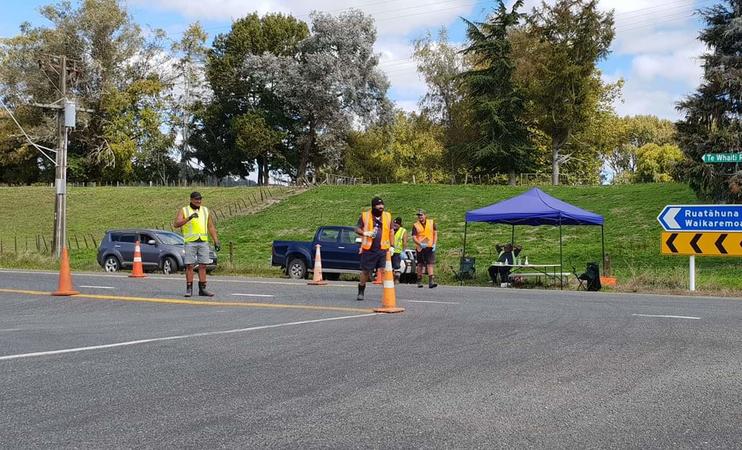 Checkpoint spokesperson Te Akauroa Miki said it was unfair how the group had targeted his whanau and their mahi at the checkpoints and was using their photograph without permission.

"It is unfair how they are going about trying to shut the checkpoints having little to no facts about our volunteers who wear a gang patch," Miki said.

"Volunteers come in all shapes and sizes and we do not sugar coat things when our community is at risk."

Miki said the checkpoints had three volunteers from different gangs volunteering since "day one" and in a nationwide pandemic the priority was to educate, monitor and to ask all non-residents to turn around to prevent Covid-19 from entering the community.

"The call was put out to volunteer, these three gang members chose to put aside their differences and help out," Miki said.

"How they dress is up to them, but all volunteers approaching vehicles are kind, have a smile and donned in a hi-viz reflective vest."

Hobson's Pledge is not the only group that has an issue with the checkpoints and by extension the gangs manning them.

The Beacon and local radio station 1XX have both received calls from the public saying they felt intimidated when they saw volunteers in gang patches.

Many said they were too afraid to complain as they still had to live in the area.

Checkpoint organiser Leila Rewi wrote on Facebook she had received a lot of messages about having the Mongrel Mob and Tribesman on the checkpoints and said whether people liked it or not, they were a part of Murupara.

"They have been polite and smile whilst on checkpoints," Rewi said.

"I've been getting 'it's not a good look for Murupara'. Well we ain't going to sugar coat it and act like they don't exist in Murupara. Why not utilise them? How about you all look at them differently instead of stigmatising/stereotyping them because of the colour they wear." 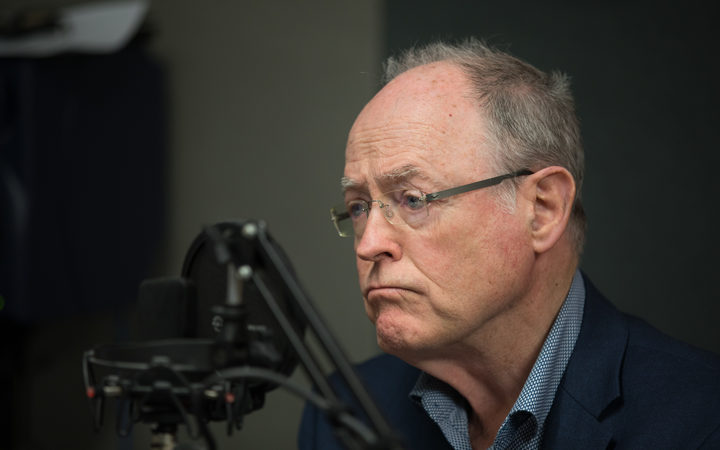 Hobson's Pledge leader Don Brash said the group's main concern about the iwi-lead checkpoints was that they were set up against the "prime minister's quite explicit insistence that citizens did not take the law into their own hands".

If some citizens felt able to ignore the prime minister on this point, what was there to stop other citizens doing the same?

"Our strong suspicion is that the police are turning a blind eye to this flagrant breach of the prime minister's direction because the offenders are Māori, no one else would have been able to get away with that," Brash said.

"New Zealand's future will be a bleak one if we go more and more into a society where there are a different set of rules for those with a Māori ancestor."

The petition page on Change.org states that checkpoints such as these are potentially a public health risk.

"The official blind eye to lawbreaking and potentially creating a health risk by vigilante iwi-gangster road blockers looks like one law for Māori and another law for everyone else.

"Such separate treatment erodes the unity of our nation at a time when we are being urged to unite against Covid-19."

The petition had more than 4000 signatures at the time of going to print.

Miki said the Murupara volunteers did the best they could to abide by the 2-metre distancing rule but often when the checkpoints were busy this was difficult to practise.

The checkpoints were disestablished as the country moved into level 3 but remain ready to go again should there be a move back to level 4.

Miki said they were a success and volunteers saw a decrease in people flouting the lockdown rules once word got around they would be stopped.

He said 9540 vehicles were stopped by the two checkpoints during the lockdown. Of these, 2575 were non-essential travellers, 3526 were accessing essential services in Whakatāne or Rotorua, 2946 were carrying essential workers and 493 were non-residents who were asked to turn around and go home.

"Our night shift team from midnight to 6am reported that there were only one or two vehicles coming through. Previous nights there had been at least 20 vehicles after midnight."

Miki said once whānau learned and understood why they were educating at the checkpoints, it brought unity and comfort.

He said many of those stopped supported the kaupapa and returned later to donate food to the volunteers and register their interest for a shift.

"Our project lead Leila Rewi was immensely impressed with our work to prevent the virus," he said.

"We have had no reported cases in our community.

"I think it all went to plan, we achieved what was put out. We gained lots of aroha from motorists, we made many new friendships and, overall, the whole feeling of coming together for the cause is beyond words."