Iwi volunteers at a new checkpoint in South Taranaki say the occupants of hundreds of vehicles they stopped did not meet the criteria to be driving under level 3. 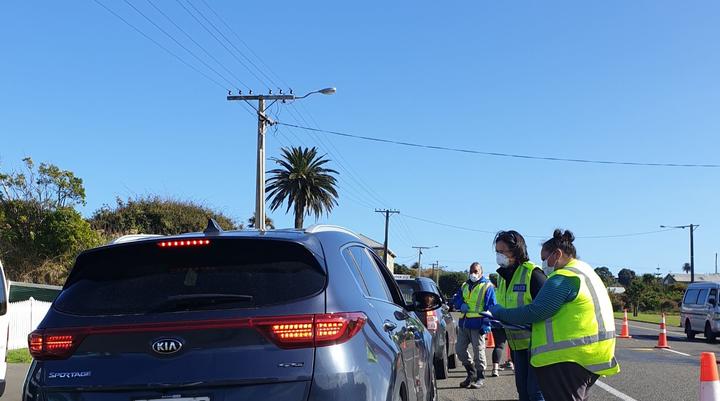 Volunteers at the checkpoint at Patea. Photo: Supplied

Ngāti Ruanui and Ngā Ruahine organised the checkpoint at Patea on Tuesday morning, with police support.

Volunteers estimated about half of the 500 vehicles they stopped between 6am and 1pm should not have been on the road. They discovered foreigners who are travelling the country and locals who returned from a holiday over long weekend.

About 12 people, both iwi volunteers and police, were on site to wave cars to the side of the main road and through the checkpoint.

Volunteer Rachel Rae said they wanted to check why people were heading into their region.

"We have been checking all the cars coming through and asking questions in regards to why they are travelling, if they are essential workers or if they are locals and giving them a checkpoint print out and letting them go," she said.

Big trucks and obvious service vehicles were waved through and locals were given a card to display on the dashboard so they did not have to stop every time.

Rae said people had been pretty good to deal with, but she had the impression people had dropped their guard as the country moved into level 3.

"With the flow of traffic and the campervans and the motorhomes and the freedom campers, it's given them a light, a switch to say 'yes we can finally be free to roam' when realistically it's not.

"It's 'no, turn around go back to where you were and stay in your region'." 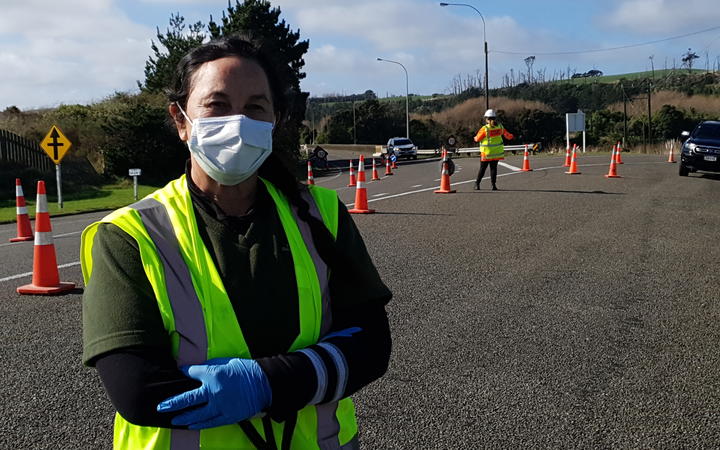 Iwi have set up Covid-19 checkpoints across the country, including Whanganui, Northland and the East Coast.

The police minister has said they are illegal unless they have police support and Ngāti Ruanui and Ngā Ruahine are working with the police in Patea.

Volunteer Hiria was crunching the numbers and said to her, 500 vehicles seemed a lot.

"Equally important to know is that we are also seeing a lot of movement for unnecessary reasons… I am still manipulating the data but I would say half and half at the moment."

Anyone who did not have a good reason to be on the road had to speak to police on site.

Ngāti Ruanui iwi leader Debbie Ngarewa-Packer was concerned about the number of people who don't know the rules.

"We had the police talk to the international ones - they were really surprised that they couldn't carry on their holiday."

She said that 659 vehicles were checked heading north into Patea on Tuesday.

She said many were not sure of the new rules, and the team handed out 630 information pamphlets about level three.

The volunteers said people told them they were returning from a holiday over the long weekend, and some were off to pick up their pets.

Others told heart-warming stories about going to meet their newborn moko, or parents off to see their kids for the first time since lockdown.

Ngarewa-Packer said the checkpoint was there to help the whole community and they did not deserve the backlash they had received.

"We have had death threats, we have had some revolting comments from people on Māori radio Facebook pages…community pages.

"An absolute uprising of poor white fragility who cannot believe that we are taking the lead on this."

Local iwi are running another checkpoint at Urenui in the north of Taranaki, and police are patrolling the eastern entrance at Forgotten Highway.

The checkpoints will stay for the duration of level 3.