Thousands of descendants from the country's biggest iwi Ngāpuhi live away from their tribal boundaries, but those living in Auckland have found more unity and strength during the nationwide lockdown than ever. 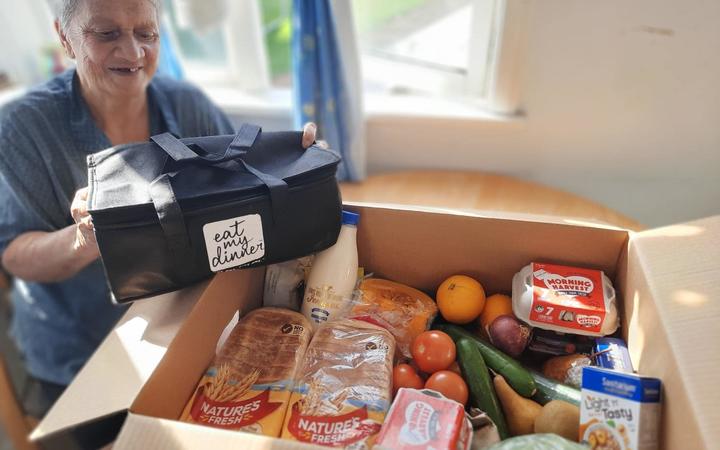 Ngāpuhi kaumātua receiving one of the care packages. Photo: Supplied

A group of more than a hundred volunteers from Ngāpuhi ki Tāmaki, a network of more than 50,000 Ngāpuhi descendants living in Auckland, have delivered 150 food packs and 200 hygiene packs to Ngāpuhi kaumātua living in the city.

One of the network's founders, Māhera Maihi, said when the government announced the lockdown four weeks ago, she knew her people needed to rally together.

"We went straight into response mode," she said.

"We believed Ngāpuhi in Tāmaki Makaurau were the most vulnerable Māori group for a myriad of reasons, but mainly because we live outside of our iwi boundaries and at the time, four weeks ago, there was nothing here for us.

"On top of that we hold no mana whenua status, and we're living in Auckland with the highest number of Covid 19 cases in New Zealand. We needed to think about how our people would be looked after, especially our kaumātua."

Ngāpuhi ki Tāmaki have developed one of largest iwi databases in Auckland, which holds information about where Ngāpuhi descendants live in the city, who they are, and what hapū they belong to.

Maihi and her team used the database to track down kaumātua and other vulnerable groups, and monitor how they were doing as the lockdown continued.

The network was also able to secure funding from Te Puni Kōkiri's Whānau Māori Community and Marae Response Fund which was part of a government economic package for Māori to purchase essential supplies.

Volunteers were able to track how many kaumātua had had flu vaccinations, and how many were particularly vulnerable to the virus due to underlying health conditions.

Kaumātua identified in the database received two phone calls a week by volunteers to see how they were doing.

Maihi said seeing so many of her people work together to help one another during the lockdown was extremely powerful.

"Ngāpuhi means the tribe of many leaders and we knew that if we could mobilise that among our people, it would be a powerful thing.

"It's been really rewarding for me, but actually our team is big, it's a 100 whānau volunteer team and that's been the most powerful thing, is mobilising our people in a different way.

"The world is going to change for a long time and we want to make sure that our people are on the front-foot, that means making sure that our Ngāpuhi people are digitally literate, and have all the tools not just to survive but to thrive, not just to be helped but to be true to our name, a leader in every corner."

She said Covid-19 had reminded her that her people had the solutions to thrive, even in trying times.

"Our people have so many solutions when we're trusted as partners," she said.

"We're very grateful for the support and will continue to serve our people."