Māori leaders are backing calls for the government to lift the ban on hunting during alert level three, but only to whānau who rely on it to feed themselves. 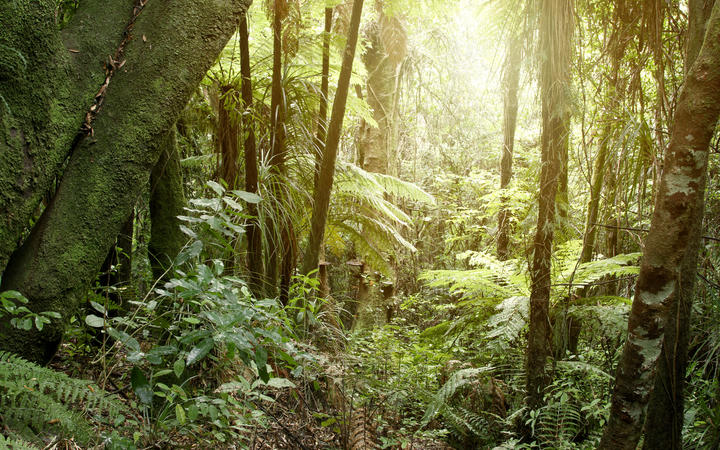 Hunting is currently prohibited under alert level 4 due to the risk it poses if someone hurts themselves and need to call emergency services.

Under normal circumstances going out to the bush is exactly what thousands of hunters in New Zealand would be doing this month, with Sika deer, Fallow Bucks and other wildlife still in abundance.

Pania Te Paiho Marsh from Tokomaru would have been among them and is now calling on the government to lift the ban.

She said hunting was more than just a recreational activity for many hunters like her, who rely on it to cut costs and put food on the table.

"It's a monetary thing. Me and my husband have five children and, as you know, food is very, very expensive.

"The ngahere, to us, is a pātaka. That's what takes a bit of that financial stress off. That is what the majority of hunters hunt for, for that exact reason. We have been doing this for a while now, this pandemic buzz, so for us and a lot of our friends our stocks are starting to run a bit dry."

She's not the only one who wants hunting restrictions lifted during alert level 3.

The New Zealand Pig Hunting Association has backed The Game Animal Council's proposed conditions for hunters to mitigate any risk such as only hunting within the region they live in and having a detailed safety plan, including a log of anyone they come into contact with.

But Marsh said many hunters were still confused about the risk and believed going to the supermarket was far more risky than gathering food out in the bush.

"For us, personally, we feel more at risk going to Pak n Save and standing in a line with 50 people we don't know. We've just popped all their bubbles," she said.

"We are going to be more at risk of breaking social distancing there than we ever would going out to the bush and filling up our freezers. We're all kind of wondering, you know, what's the reasoning?"

Eastern Bay of plenty iwi Tūhoe has banned hunting in Te Urewera regardless of what the government decides, saying it is concerned an influx of hunters could see accidents or transmission of the virus into the community.

About 2000 hunters descend on the mountain park at this time of year during the roar season.

But Iwi Chairs Pandemic Response spokesperson Mike Smith said whānau who relied on hunting to put food on the table should be given some leniency.

"If you rely upon hunting to get your food well then, yes, but if you're a recreational person who just wants to go off and blow off a bit of ammunition and kill a few things I'd say no.

"I think people know whether or not they rely on it for food, and those who are just recreational hunters who just like shooting guns."

She said many whānau in coastal areas in the far North lived off fish during the summer and went inland during the winter to live off the bush.

"If it's an essential service, in order to feed the whānau, they should not be criminalised to feed their own people," she said.

But Smith has urged whānau to think carefully about what they do in the next two weeks, and only hunt if it was absolutely necessary.

He said it would be devastating to see the curve in the number of confirmed cases of Covid 19 rise again.

The government is expected to make a decision on hunting by the end of the week.