Whānau with three generations under one roof have said lockdown has given them time to transfer whakapapa knowledge and return to living off the land. 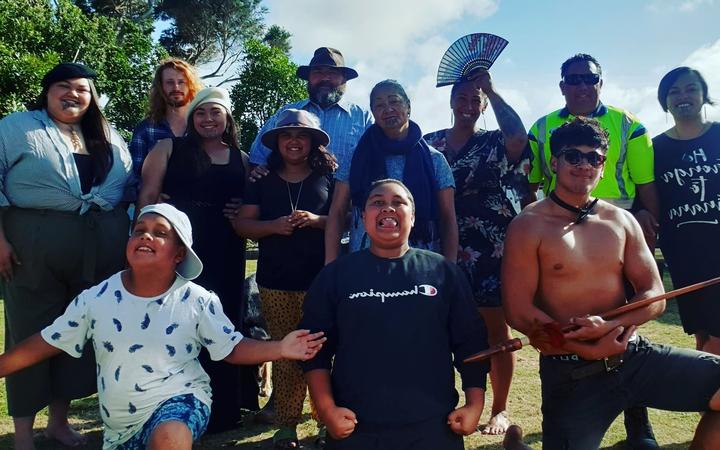 Rawiri Wright is living in a bubble of 12 at his whānau property in Hawera. Photo: Supplied

Lorraine Hale from Te Teko in the Bay of Plenty describes herself as one of the lucky ones, with a lifestyle block that provides for her bubble of seven, which includes four of her mokopuna.

"We've got a bit of whenua around us so there's a bit for them to do, they don't have to stay locked up inside - my moko helps his koro doing farm work with the animals, they're mowing lawns and the girls are out there hanging up the clothes, tidying up and just pottering around in the gardens."

A kaiako at Te Teko kohanga teaches her children how to grow a mara kai (garden) and she said those skills were important now more than ever. 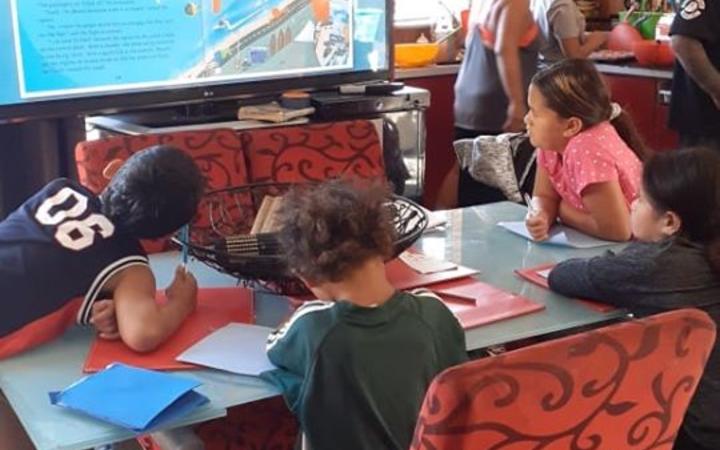 "You don't have to have heaps to be able to manaaki and to look after people, you only need a couple of blankets and pillow, you only need flour, and butter and milk on the table and you can create a beautiful meal with that," Hale said.

If you thought seven in a whare was a lot, Masterton woman Manawai Martin has more than double that in her bubble.

When the level 4 lockdown was announced, some of her tamariki decided they wanted to come home to be together as a family - and they brought their own children with them.

"I think they might just have gotten a bit frightened with it being a lockdown and the deaths ... so I think they thought it was safer just being around the whole family and having all of us together, and we are pretty tight as a whānau anyway."

There are 19 people in the three-bedroom whare with a garage, which includes 12 mokopuna all under the age of 12 who sleep on mattresses they pull out at night and put on the dining room floor.

The seven adults take turns to cook dinner, which Martin said does not come cheap, with one hāngi for dinner costing her $70. 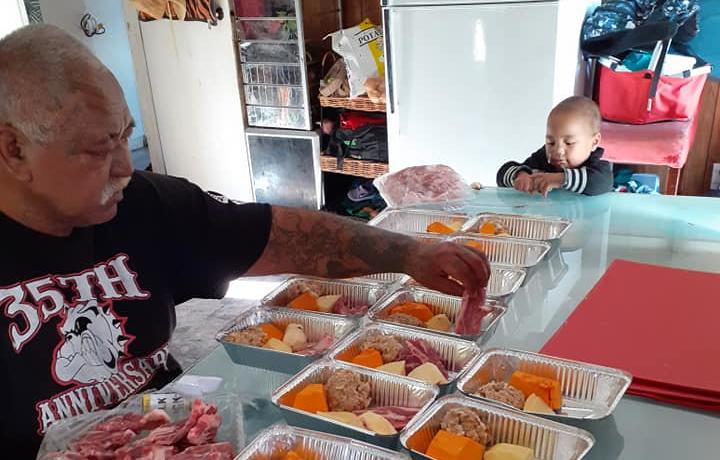 The hangi being prepared to feed all 12 whānau members in the Manawai bubble. Photo: Manawai Martin

However, she said she wouldn't have it any other way.

"It's just awesome having us all together - I know it's a lot of people and sometimes I see people at the supermarket and they don't know how I cope with it, but I'm used to having family, I'm used to having my children here all the time so I am a bit of an old hand at this."

Rawiri Wright, 60, is living in a bubble of 12 at his 2 acre rural property in Hawera.

That includes his partner, three of his daughters, two of their partners, a mokopuna, and his sister-in-law's family of five.

He said the property was always intended to be a papakainga (home base) for his whānau to return to and they had set it up to be self-sustaining, a "home for everybody".

His bubble have been doing daily karakia, learning waiata, and sharing whakapapa with whānau as far away as Canada, the US and Australia through wānanga over Zoom, or what he calls zānanga.

"As frustrating as it has been on one level - the lockdown - it has actually been a blessing in many other ways, and I don't think that we are atypical in that."

He said that having everyone together living on the land makes it easier to share that knowledge.

"The intergenerational transmission of language, culture and identity is far more doable in this situation than it is in the big cities."

He said the entire wider whānau were looking forward further exploring their whakapapa - in person - when the lockdown was over.