A University of Otago study of 1817 New Zealand military personnel has found one in three have symptoms of post traumatic stress, and one in 10 would likely be diagnosed with PTSD.

The results suggest that the prevalence of clinically significant post traumatic stress is higher among military personnel compared with the general population, where rates are estimated to be 3 percent.

Lead researcher David McBride said of the 256 Māori who took part in the study, 78 percent showed at least some symptoms of post traumatic stress.

"218 Māori had a score less than 45 which means low PTSD, and 38 had high distress, 10 percent having PTSD really, that's the more severe PTSD," he said.

"The problem comes in transition, in leaving the military, and going back into civilian life again where if social support is lacking, things happen really.

"However, a lot of our respondents were currently serving so that's not the whole picture."

McBride acknowledged more research needed to be done to understand why Māori featured so heavily in those with symptoms of post traumatic stress, and how family dynamics could be a factor.

Those with fewer signs of post-traumatic stress had a greater length of service, psychological flexibility and better quality sleep. 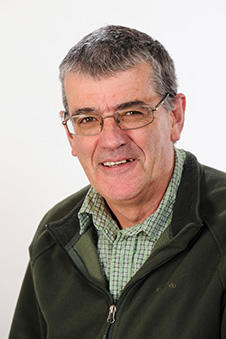 "We need to identify the warning sides which are lack of sleep or if a veteran has symptoms of anxiety or depression," he said.

"But first of all they need to own up to the fact that they are a veteran and seek appropriate support. It's all about health-seeking and talking through your problems."

A lot of it is about values, beliefs and attitudes of many veterans because of the military culture, think that asking for help is a sign of weakness, which it is not.

He said looking after veterans during the pandemic, especially during Anzac day, was important than ever.

"The RSA has been in touch with veterans and helped them out with deliveries."

The New Zealand Defence Force helped with the survey and most of the responses came from veterans who had been deployed.